When selling the farm looked like the only responsible option remaining, salvation came where plenty may look but few ever find it.

For the Cody farm, in Alamosa, Colorado, help came in a bottle of beer.

It was 16 years ago, and the Cody family had already tried to save the farm, pinching pennies and giving up land. They'd sliced their fourth-generation operation in the San Luis Valley from 2,000 acres to just 300, the last chunk centered on Pappy Ray Cody's original Great Depression-era homestead.

The farm had thrived for decades growing high-quality malting barley for Coors Brewing Co. and Anheuser-Busch, but by 2005, that was no longer sustainable. It was time to sell the farm.

"Our family farm was being threatened like everyone else's," says Jason Cody, one of three brothers involved in the family business. "We started trying to find a different way. We had to."

Beer had helped build the farm, and when times were desperate, that's where the family turned. Instead of sending their business to alcohol's largest companies, however, they started to sell to some of the smallest. They kept their barley on-site, refitted old equipment to malt that grain and embraced a local-ingredient, farm-to-glass approach that saved the farm.

The Codys bet big on booze, dreaming up an independent operation that proved well ahead of its time: a craft malt business that could supply unique and small-batch malt barley to microbreweries and craft distilleries.

Today, they have two separate businesses on the farm. Colorado Malting Co. grew from those risky 2005 decisions. Colorado Farm Brewery came about in 2018.

Both are thriving and now have pulled in even more family and friends. Five Codys from two generations now work on the business, Wayne and Tim from the third generation, and Jason, Josh and Bobby from the fourth. A neighboring farm family, Keith and Suzanne Tolsma, also invested in the brewery and help daily.

"The only way we could survive was to change," says Josh, who oversees the brewing. "The question is: How can you change and add value to your product in a way that makes you stand out? For us, it was craft beer."

The Codys became trailblazers for a movement that's gaining traction in the beer industry. Farm breweries and custom malters are popping up around the country.

The family was unsure of its new business when things started and produced just 10,000 pounds of malt barley in its first year, 2008. It found a huge customer base, however, and a waitlist swelled to 238 breweries by 2014. It now produces more than 1.5 million pounds of malt annually, malting everything from barley to experimental ingredients like quinoa and sunflower seeds.

"The big commercial malters lean toward efficiency, but our program is based on flavor," says Jason, who's in charge of malting. "I have some stuff going on that will blow the top off flavor in malt. It's going to change the world," he contends.

It all comes together best on an autumn evening on the farm, when a crowd gathers, the taps flow and a band plays. Meanwhile, 100 yards away, a combine roars, bringing in the next crop.

The Codys have made their farm work by keeping things local. They malt barley in a repurposed milking barn. They remodeled the farm's machinery shop to serve as the taproom and even the bar tables are cut from pine trees planted by Pappy Ray Cody nearly 100 years ago.

"We're a return to what the agricultural world once was, a renaissance" Josh says. "International commodity trading wasn't a thing in the ancient world or even into the very recent past. It's the industrial model that's really the new model. What we've started here is a rebirth of what once was, local ingredients brewed into the local beer and consumed by local drinkers." 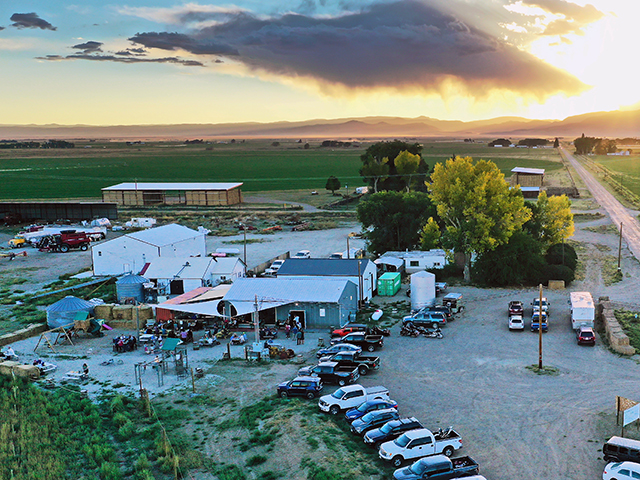