Go ahead and count on counting rows of kernels by twos when doing yield checks. Nearly every corn ear under the sun has an even number of rows.

The flowers on the ear nearly always develop in pairs. The phenomenon tracks back to corn's early ancestor, teosinte, which has two rows of kernels.

Kernel rows first initiate as "ridges" of cells that eventually differentiate into pairs of rows. Purdue University corn specialist Bob Nielsen says the most common reason for finding an occasional odd-numbered row is when severe stress (herbicide injury for example) interferes with the differentiation process during the rapid growth stage prior to pollen shed. Some inbred or mutants might have an odd number of kernel rows, but it is rare.

Like so many other processes in the corn plant, kernel row number determination on an ear proceeds from base to tip. It begins shortly after the ear shoot is initiated (V5 to V6) and is thought to be completed as early as V8. Modern-day hybrids have between eight to 20 rows.

Follow the latest from Pamela Smith, Crops Technology Editor, by visiting the Production Blogs at dtnpf.com or following her on Twitter: @PamSmithDTN. 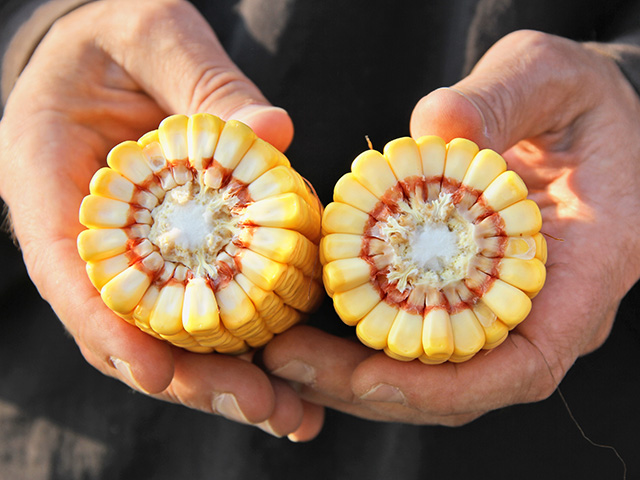