The summers are getting hotter and hotter, Alex Miller contends. That prompted the New Market, Tennessee, cattleman two years ago to buy a couple of Senepol bulls for his 225-head commercial cow herd. His goal was to breed more heat tolerance into the Angus and Angus-Hereford group.

It's not Miller's imagination that temperatures are getting warmer. University of Florida (UF) animal scientist Raluca Mateescu says the cattleman is right about the heat. If the current rate of climate change continues, average temperatures will rise 2°F to 4°F by the end of the century, Mateescu believes.

"In the Southeast and Southwest, we now have an average of 60 days over 90°F," she notes. "That is expected to be 150 days over 90°F by the century's end." She adds the temperature is predicted to rise nationwide, not just in traditionally hot areas.

This could well be a game changer for livestock producers of all types. In the case of beef cattle, however, genetics already exist to build herds that can survive, and even thrive, in the heat.

Senepol cattle, for example, are a red breed known for heat tolerance. They resemble their Bos taurus cousins, the English and European breeds, much more than other tropical breeds like Brahmans, which are Bos indicus. Senepol are credited with gentle dispositions and good carcass quality; they have no horns and are good milk producers. They even carry a gene for slick hair, related to that ability to handle heat. So far, Miller says those Senepol genetics he invested in are living up to their billing.

He retained 50 heifers last year, 22 of which were the Senepol crosses. "Fifteen of those stay out in the sun and graze an hour longer in the morning, and come out to graze an hour earlier in the afternoon."

Even better, he just got carcass data back on his first group of Senepol cross steers. Fed in a Nebraska feedlot, the 16 crosses graded 18% Prime and 82% Choice; while the 42 Angus graded 15% Prime and 85% Choice. Both sets of steers had Yield Grades of 2.9%. The Senepol crosses edged out the Angus on Dressing Percent at 62.1% versus 61.0%.

"I was trying to find out if I was hurting myself on the carcass side by adding Senepol," says Miller. "It certainly didn't hurt and might have helped. I'm going to bank on this mix to help deal with the warmer future we anticipate. I've already added three more Senepol bulls."

Genetic Editing. Mateescu says Miller is out front in his thinking and stresses researchers are looking for a genetic link to reduce bovine heat stress. More than 40% of the nation's cow herd is in hot, humid areas now. Heat stress can negatively impact both growth and reproduction.

The UF scientist reports she and coworkers are collecting data from 2,000 Brangus heifers at the Seminole Tribe's Brighton reservation, near Okeechobee, Florida. The spot is on the line between the subtropic and tropical climate zones. They are recording body temperatures, skin temperatures and perspiration levels on heifers, as well as taking DNA samples. The goal is to find which heifers can handle the heat and, more importantly, which ones can't.

"We're trying to find out what we need to fix and how," Mateescu says. "If I know exactly where the genetic defect is in Angus, I can fix it directly in Angus." The same is true for other breeds. She hopes to put the research to work in four to five years.

An Environmental Match. At the University of Missouri, Extension beef specialist Jared Decker is taking a more broad-based approach with his local adaptation project. This is the last year of a three-year, USDA-financed study that divides the country into nine regions and looks at environmental effect on everything from high-altitude sickness to heat stress.

"It is all about matching a cow's genetics to her environment," Decker explains. That can vary widely, and it isn't necessarily just about the temperature.

In the Southeast, for example, high temperatures and humidity are the main stressors. And, in the fescue belt, the damaging effects of fescue toxicosis cause blood vessels to constrict and limit the animal's ability to lower its body temperature. Cattle's ability to handle toxic fescue also means they are better at handling higher temperatures. Decker and his team are using numbers from national cattle evaluations done for breed associations. With genomically enhanced expected progeny differences (GE-EPDs), he has DNA information available on hundreds of thousands of animals.

"Typically, in genetic evaluations, the animal's value as a parent is evaluated across the entire U.S. at once. The gene-by-environment interactions are removed. Since the 1970s, we have known gene-by-environmental effects can cause an animal to be reranked depending on the environment they are in. In this project, we're looking at the data in a different framework. The genetic and genomic predictions are tailored to which of nine regions they're in."

He explains the GE-EPDs for Bull A, for example, might look better than Bull B's in one environment, but switch over in another. "Our goal is to give the bull GE-EPDs for all nine regions. Then, seedstock breeders can target where to market those animals."

Once they analyze the data, Decker says they'll publish it and turn it over. "It is up to the breed associations and service providers to decide whether they'll move to regional EPDs. It is our job to find the answers."

Hair Coat Study. As part of the local adaptation project, Decker is also doing a hair coat shedding study. "When cows shed their winter coats, they have more heat tolerance and are much more productive. They wean a heavier calf and breed back sooner."

In May or June, purebred breeders participating in Decker's study go through their cows and rate them from 1 to 5, with 1 being a cow that has completely shed her winter coat and is slick, and 5 being a cow that still has her winter coat. Breeders are turning in those ratings, as well as a DNA sample, on each animal. So far, 8,500 DNA samples and hair scores have been collected, and 7,000 of those have been genotyped using the GeneSeek Genomic Profiler (GGP) F-250.

"There are 200,000 DNA markers on the GGP F-250 that are important to the function of genes," Decker explains. "We have identified these in DNA sequencing."

The researchers will use this data to identify which genes are involved in hair shedding and to create genomic predictions for the trait. The following breeds are included in Decker's research: Angus, Red Angus, Charolais, Gelbvieh, Hereford, Shorthorn and Simmental. Like the local adaptation project, Decker says analyzed data will be turned over to the breed associations for their use. If the groups use it, he says, "it is all about matching the cow's genetics to the stressors of her environment." 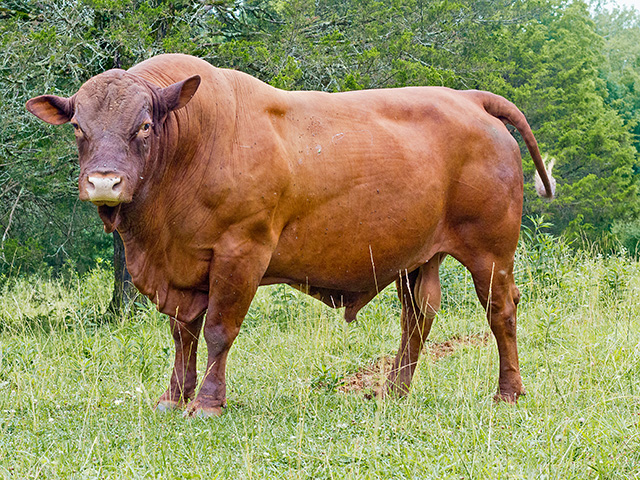