There's an old saying that two heads are better than one. That's spot-on for two young agricultural producers who joined forces to bolster their individual operations on the Wyoming/Nebraska state line.

Rancher Kyle Kilty, 31, wanted to expand his cattle herd, but he didn't have adequate winter forage. Farmer Mark Stratton, 36, wanted to diversify into cattle, but he didn't have adequate summer pasture. Both were trying to expand their individual operations but lacked capital to buy more land. After hearing their stories, a mutual friend suggested they forge a deal that would benefit both families.

Shake On It. So in 2012, Kilty and Stratton sat down over coffee with open minds and an equally open conversation. Within hours, they signed a contract the old-fashioned way—by shaking hands. Within weeks, they were splitting the cost of a truckload of bred heifers.

"When we decided to buy cattle, it was easy to do on a handshake because, technically, we didn't own any assets together. Mark owns the cows under his brand, and I own the cows under my brand," Kilty says. "If the partnership had gone south, it would have been as easy as sorting cows to settle a disagreement. When we did decide to jointly own an asset, we set up a limited liability company [LLC], and the LLC owns all of the joint assets."

Stratton adds: "I believe that if you are starting a business partnership with someone, you have to have a high level of trust in that person and also share similar values, which Kyle and I do. But, if you don't know someone well, it would be advisable to have something written up by an attorney when it comes to duties and other aspects of the partnership."

"That's how this whole partnership started," Stratton continues. "When Kyle and I discussed the opportunities, we realized it was a match made perfect. He could expand his cow herd, and I could diversify into cattle."

Adds Kilty: "This partnership is working very well for both of us. It has given us much more security, especially when faced with unstable markets or weather."

That handshake allowed Stratton to add 70 cows to his mix of corn, dry beans, winter wheat, alfalfa and sugar beets. Meanwhile, Kilty increased his herd from about 600 to nearly 900 mother cows. The cattle graze on rangelands spring through fall, then they are trailered about 20 miles to their wintering grounds.

During winter, cows feed on cornstalks (about 1 acre lasts one cow 40 to 45 days). Stratton oversees this portion of their partnership. He uses portable electric fence to control grazing and feeds supplements based on nutritional testing.

In early spring, the cows return to land owned or leased by Kilty, where they calve.

"This works perfectly for both of us, because when I have time to oversee calving, Mark is busy preparing fields and planting crops," Kilty says. "I have all of the cattle from about April 1 through Dec. 1. And during winter, when Mark isn't busy farming, he watches over the cows while I feed the replacement heifers and bulls."

When it comes time to pay bills, whether feed, minerals, supplements, fuel, vaccines or trucking, they total everything up at the end of the year and divide that by the number of cattle owned.

"We add up all the bills to come up with a total running cost per head, and that gives us the net profit (or loss) per head," Kilty says. "Labor is the only thing not included. For example, we both own fencing materials, and we share in labor when it comes to building and repairing fence."

"I don't know of anyone else who has a partnership like this, but I believe it could work for anyone," Kilty says. "Our relationship is built on trust. That's our contract."

It's also built on recognizing each other's strengths and interests.

"Mark is smart. He has a very good idea of how farm ground should be run and knows what he's doing when it comes to crops," Kilty says. "I have never raised corn or beans or sugar beets, and I trust Mark in what he's doing."

Stratton adds, "Kyle is an excellent rancher, and he runs my cattle faithfully. When it comes to farming, he confides his trust in me. And, there's something else that makes our partnership work: We don't micromanage each other."

Having similar personalities helps, too.

"We're both pretty easy to get along with," Kilty says. "If one guy has an idea, we trust that it will be a good idea, and it will work. Occasionally, we do disagree on an idea. When that happens, we sit down, give reasons why we disagree and work out a solution."

Early on, they realized communication was a crucial ingredient to success, and that success would require involvement and support from both spouses.

"Shortly after meeting, the four of us went to dinner," Stratton says. "We agreed to make sure both parties know anything and everything. Being open has been key." Stratton and wife, Jenna, who works as a dental assistant, have two young children, as do Kilty and wife, Taryn, a physical therapist.

"We all have the same long-term goals in mind," Kilty says. "We want to be able to help our kids farm and ranch if they so choose."

The business relationship between Stratton and Kilty is already paving the way for the next generation. In early 2015, they pooled financial resources to purchase a 687-acre farm on the Wyoming/Nebraska state line near Lyman, Nebraska. The farm, listed for $1.325 million, came with territorial water rights and a 96-acre lake.

"I couldn't have purchased that property myself," Kilty says.

"Neither could I," Stratton adds, "but opportunities like this don't present themselves often. We knew we had to jump on it when we could."

Stratton laughs, "I'm kind of a superstitious guy. I don't like Friday the 13th, nor do I like April Fools' Day. Guess what? We signed a contract on the farm Friday the 13th and closed on April 1. I couldn't help but think, 'Is this going to work?' " But he knew it would, as did Kilty. They formed an LLC for the farm, and the partnership assumes all risks when it comes to seed, insurance and other bills.

"Instead of the partnership owning equipment, we pay each other a custom rate, whether Mark is strip-tilling or I'm building fence," Kilty says.

The two agreed to include a buyout option, giving one partner first right of refusal to the other partner's share in land and water rights. They did this knowing that life can sometimes dish out the unexpected.

"It is best to go into a partnership having an exit strategy. You never know what may happen, but you can bank on the fact that your plans will change," Kilty says. "Not having a strict plan in place before something happens is when problems with a partnership can arise. Luckily, I have an outstanding business partner with Mark. He's great to work with and is fun to be around."

Adds Stratton: "I believe that if something is meant to be, it's going to happen, and that's exactly what happened with Kyle and me."

Long-lasting, successful business partnerships, including those in agriculture, can be built on handshakes and a person's word and trust, but there are other important considerations, says Cole Ehmke, University of Wyoming Extension specialist in ag entrepreneurship.

"Partnerships can be easy to create but can become fairly complex enterprises," he notes.

Because of that, he encourages potential (and even current) business partners to focus on formalizing the major terms of their agreement. This should include responsibilities, contributions (material, capital and effort), profit sharing, loss sharing and authority for decision-making.

He says it's critical to ask the important questions. Concerning asset ownership, for example, what is held by the partnership, and what is held individually? Also, how much time will each partner be expected to contribute? How will potential new partners be brought into the business? And how do you deal with exiting, retirements, death, dissolution or even removing a partner?

"Having a written partnership agreement is always advisable," Ehmke explains. "And, so is legal advice to help make sure that the enterprise is to every stakeholder's advantage and that no risks have been overlooked during everyone's initial enthusiasm."

He also emphasizes the importance of a good accounting system to help deal with any management issues. Knowing, for example, when property was contributed to the business or being able to break down the economic profit or loss in each business area is key.

"Goodwill and a willingness to find agreement may become elusive when a divergence arises," he concludes. "Do begin the venture well." 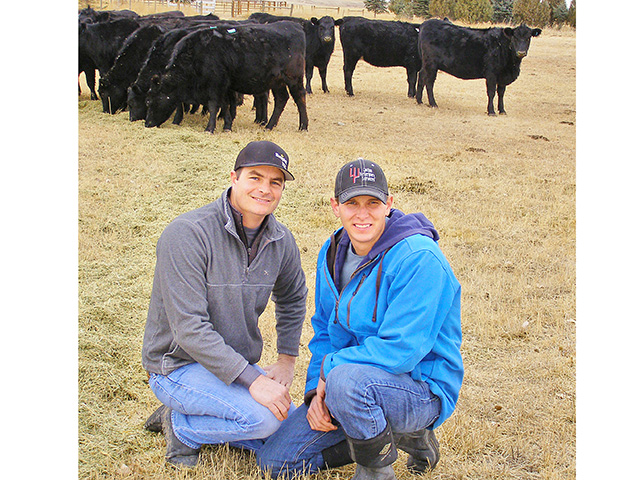