OMAHA (DTN) -- Though the opportunities are huge for farmers to cash in on carbon markets, American Coalition for Ethanol CEO Brian Jennings said on Thursday farmers should be cautious when entering markets for their carbon reductions.

Many companies are racing to buy carbon credits for cheap from farmers with plans to cash in later, Jennings said during the ACE annual conference in Omaha.

Climate-smart agriculture is just another way to describe farming practices that help sequester carbon in soil and reduce greenhouse gas emissions. The examples include farmers converting from conventional tillage to reduced till or no-till, for our nutrient management of fertilizer, maybe planting cover crops.

Jennings said farmers are "getting inundated" with offers from private companies that want to take credit for things like reduced tillage and the various voluntary carbon markets that exist around the world.

"The trouble is the meter payments that are being offered by these companies do not cover a farmer's cost to adopt the practices," he said.

"And we would argue, they pale in comparison to what a farmer might be able to fetch in a low-carbon or a clean-fuel market."

Jennings said it was important for farmers to make informed decisions about whether and how to participate in these carbon markets.

The emphasis on helping farmers achieve carbon reductions on the farm has been a point of emphasis for ACE leadership.

The idea is if farmers have the data to back a belief that corn farming and ethanol production are sustainable, then updates can be made to carbon-accounting models used by policymakers to reflect on-the-ground realities in agriculture.

ACE has been working with Michael Wang at the U.S. Department of Energy's Argonne National Laboratory. Wang is the creator of the GREET model, considered to be the gold standard of carbon models.

Much of that work includes proving in fields that corn farmers not only have sustainable production systems but have been adding carbon to soils for decades.

ACE has been working with David Clay, a soil scientist and professor at South Dakota State University, doing in-field work to gauge more accurately the carbon performance of cornfields. Clay presented some of the results of an ongoing study with ACE members, during the ACE meeting.

In short, Clay said, the data shows that in several Midwest states, farmers have been increasing carbon content in their soils for years.

Clay said that when he talks with a lot of farmers, they tell him they feel their carbon levels have almost doubled over their lifetime.

"And, so, we've got this disconnect between what environmentalists think and what's actually happening," Clay said. "When we look at our carbon-intensity scores, the production of the corn is approaching zero. If I adopted reduced-tillage systems, if I planted some cover crops in our fields into a system, that actually makes that work."

Clay's work includes looking at the timing, amount and location of fertilizer applications, cover crops and the use of no-till practices and how changes in those affect carbon emissions from crops.

To overcome doubts from environmentalists and policymakers about agriculture's carbon footprint, Clay said the work has to be "beyond reproach." Wang is willing to update the GREET model to include more up-to-date data on ethanol and agriculture, Clay said, but wants first to see the work peer-reviewed.

On the fertilizer side of things, Clay said his research is finding climate models have been inaccurate in the amount of fertilizer loss from fields.

"So, we're losing, perhaps much less fertilizer," he said.

Clay has reviewed some 3,000 academic papers on carbon emissions in crop production. He said the results were not all that surprising.

"What we saw was most of the carbon was stored in the surface, and so most of it, that was right in the top foot," Clay said. 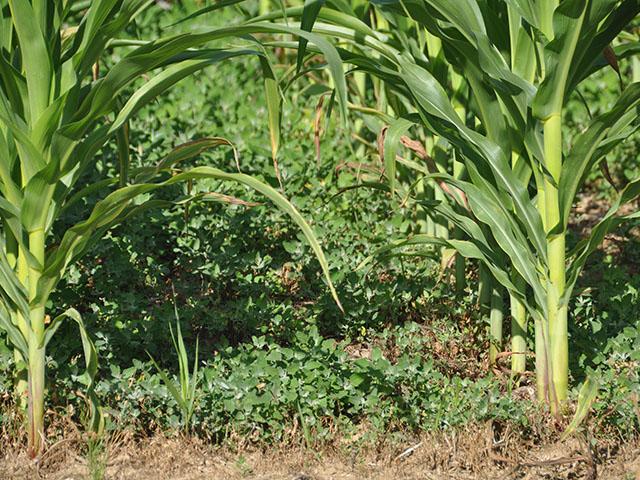