ANKENY, Iowa (DTN) -- Soybean oil used to be so plentiful decades ago that restaurants, food manufacturers and other industries couldn't use it all. Surplus supplies were viewed as a waste product with little value.

How times have changed. The fortunes of soybean oil have come full circle thanks to a renewable diesel fuel boom that is driving soy oil demand, raising expectations for higher commodity prices for farmers and laying the foundation to potentially transform the soybean industry.

In this four-part series -- Cash in on Soy Crush -- DTN explores why renewable diesel demand exploded to trigger a rapid expansion of soybean crush. The series will also examine the domino effect on farm revenue, the soybean complex, exports, future planting intentions, existing biofuel plants and more. This first story looks at the differences between biodiesel and renewable diesel -- and why California is influencing the boom.

Soaring renewable diesel production and demand could increase the floor for soybean and corn prices by at least $2 per bushel for both crops, according to DTN Lead Analyst Todd Hultman. He likens the rise of the biofuel and commodity prices to the ethanol boom in the mid-2000s.

"It's a new dimension of demand for soybean products that we've never seen before," Hultman said. "It's hard to grasp the potential."

Hundreds of millions of bushels of new soybean crush capacity are expected to come online in the next few years. It will likely incite a battle for acres and change how soybeans are marketed and grown.

"In reality, at times, it's not going to be as rosy as it all looks on the chalkboard now," Hultman cautioned.

During the 14 months ending in February, renewable diesel production capacity exploded by 86% to nearly 1.5 billion gallons per year, according to the U.S. Energy Information Administration (EIA). Refiners are quickly ramping up production to satisfy an insatiable demand for the environmentally friendly, low-carbon fuel and cash in on federal and state tax credits.

Donnell Rehagen, CEO of Clean Fuels, said the RFS generates demand for biofuels, but states with low-carbon fuel standard (LCFS) policies are driving renewable diesel use. California, he added, is the top destination for the fuel.

"California has found electrification of transportation is a little more challenging than they thought ... so they've become very reliant on biomass-based diesel (renewable diesel and biodiesel) to meet their carbon reduction goal of 20% by 2030," Rehagen said.

Biodiesel is a mono-alkyl ester of long-chain fatty acids. In simple terms, a fat or oil (soybean oil) is reacted with an alcohol like methanol in the presence of a catalyst. This process yields biodiesel and crude glycerin. Biodiesel is typically used in blends with petroleum diesel from 2% to 20%.

Renewable diesel is a hydrocarbon, which is the same chemical as petroleum-based fuels. It's produced through hydro-treating, a high-temperature and high-pressure process like a traditional refinery operation. Renewable diesel can be used in diesel engines at blends up to 100%.

"Since renewable diesel is made similarly to petroleum diesel ... it's literally a drop-in replacement and suitable for high blends," Rehagen said. "California will take all the renewable diesel that can be sent."

Studies show biodiesel and renewable diesel greenhouse gas (GHG) emissions are, on average, 80% below petroleum diesel, according to Clean Fuels. Several state and federal agencies agree with the findings, including the California Air Resources Board.

California currently uses about 1 billion gallons of biodiesel and renewable diesel, Rehagen reported. "We expect, by 2030, that will be around 3.5 billion gallons, which is larger than our entire industry today."

LCFS policies in other states and Canada will also increase renewable diesel demand, Rehagen said. He added that companies such as FedEx and Amazon, with policies to reduce their carbon footprints, may be an even bigger demand driver than government mandates.

"You can't move goods without transportation, and many of those companies have decarbonization goals," Rehagen continued. "I think (renewable diesel demand) will continue to grow." 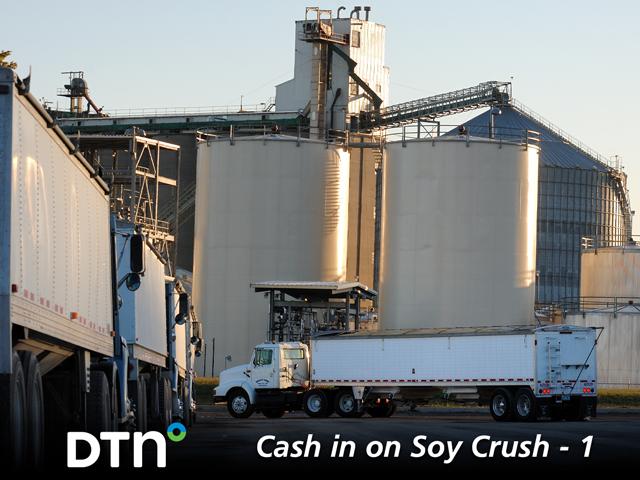