ROCKVILLE, Md. (DTN) -- A federal court denied two requests by agricultural groups for a stay of EPA's current chlorpyrifos ban, but the groups' latest lawsuit against the agency will be allowed to proceed.

That means, for now, chlorpyrifos food residue tolerances remain revoked, making use of the insecticide on food or feed crops illegal as of Feb. 28, 2022. (See more here: https://www.dtnpf.com/….)

A coalition of four agricultural groups -- the American Soybean Association, American Farm Bureau Federation, American Sugarbeet Growers Association and the Cherry Marketing Institute -- have led the charge in challenging the ban in court. Along with 16 other ag trade groups, they are alleging that the EPA's decision to revoke food tolerances for chlorpyrifos causes major harm to their industries, where the insecticide is used to control biting and sucking pests such as aphids, stink bugs, spider mites, sugar beet maggots and insects that bore into fruit trees.

The groups filed an initial lawsuit against EPA in the U.S. Court of Appeals for the Eighth Circuit on Feb. 9, asking for a stay of the de facto ban and its ultimate dismissal. On March 15, the court denied both requests, because they were filed before the ban went into effect on Feb. 28.

On the day the ban went into effect, the groups then filed a second petition of review and -- a few days later -- also filed a motion to stay the ban while the case is heard. The court has agreed to hear that new lawsuit, but denied that stay request, as well.

"We are obviously disappointed with the court's decision to deny the motion to stay the rule while the case is being heard, but still strongly believe EPA's action to revoke tolerances of chlorpyrifos is inappropriate and is neither consistent with the law nor the agency's own science and record," said a statement from the coalition, emailed to DTN. "We are evaluating the court's decision and discussing among our coalition what is required for the next steps." 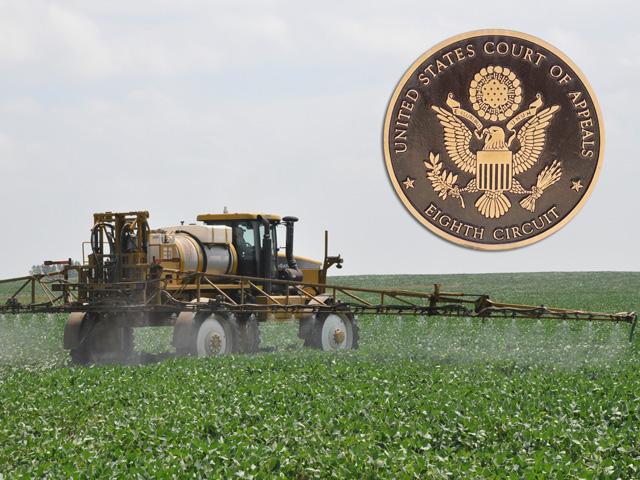