Deere & Company has made a new move into the world of unmanned technologies, forming a joint venture with GUSS Automation LLC based in Kingsburg, California, in the San Joaquin Valley.

GUSS, an acronym for Global Unmanned Spray System, currently sells a pair of unmanned machines to treat high-value crops such as vineyards and orchards.

GUSS Automation functions today as an individual business entity separate from CFS. It builds two machines, Orchard GUSS and Mini GUSS. Orchard GUSS is 24 feet long and 6 feet, 4 inches tall and come in two widths: 8-foot, 3-inches and 7-foot, 6-inches. Mini GUSS is 25% smaller, enabling it to move through high-density plantings of orchards, vineyards and berries. Its first units were delivered in 2019.

The Deere-GUSS joint venture focuses on specific California high-value crop systems. The joint venture will retain all GUSS technology, while Deere is gaining insight into GUSS technology. By that measure, this is an interesting tech move for Deere, which is currently rolling out commercial technologies for its row-crop customers. Deere will not be building the GUSS units, nor will GUSS technology be applied to Deere products. But access to the technology fits well with Deere's "technology-enabled" product development work.

Deere's autonomous 8R moves by way of stereo cameras. Bear Flag tractors are equipped with LiDAR and cameras, plus the computing power to manage the sensors and actuators that bring situational awareness to the tractors. LiDAR stands for light detection and ranging. It is a remote sensing method using light to measure distance and generate three-dimensional information. Bear Flag has deployed its autonomous solution onto U.S. farms.

GUSS Automation also uses LiDAR in combination with GPS in its vehicles. Vehicle sensors and software give GUSS vehicles continued ability to control speed and applications under orchard and vineyard canopies.

The Deere-GUSS joint venture will be collaborative.

"There are no plans to apply GUSS technology to Deere products," Deere says in a written statement to DTN/Progressive Farmer. "GUSS technology will continue to be owned by and further developed by GUSS to serve its grower customers. That said, there are certainly similarities between the two companies. Like Deere, GUSS is solving customer problems through innovation and technology, and we will look for opportunities to collaborate and best serve customers through our joint efforts."

Deere says it was drawn to GUSS because the company is "doing something unique and creative to help growers directly address the significant challenges of increasing labor costs and finding skilled labor to operate spray equipment." 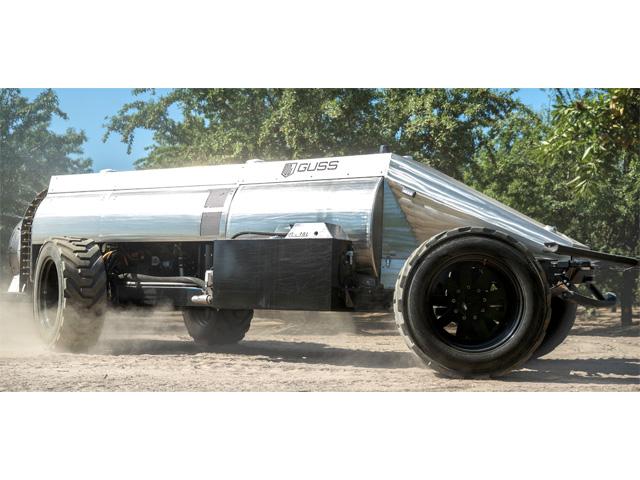