OMAHA (DTN) -- President Donald Trump is expected to sign a Congressional resolution to overturn an Obama administration rule approved in December that would have changed the way public lands are managed in the West.

The U.S. Senate on Tuesday passed a resolution to kill what is known as the U.S. Bureau of Land Management Planning 2.0 rule, seen by Western land interests as taking away local control of public lands and giving the federal government more control.

Farmers and ranchers in the West have been concerned the rule would run contrary to Congressional intent for the BLM to promote multiple land uses in the West.

"This is strike two for 2.0," Dave Eliason, a Utah rancher and president of the Public Lands Council, said in a statement.

"Streamlining is needed in the planning process, but not at the expense of input from local communities and permittees or elimination of economic analysis requirements. The final rule also shifts away from BLM's mission to protect multiple uses of public lands, and it disregards both local input and economic analysis. We look forward to the president quickly delivering the third strike by signing this resolution so that BLM may begin a new, inclusive process."

In a Jan. 24, 2017, letter to Senate Majority Leader Mitch McConnell, R-Ky., and Speaker of the House Paul Ryan, R-Wis., the American Farm Bureau Federation and a number of farm bureaus in the West said the rule would undermine cooperative federalism on land management.

"Land management decisions and permitted uses under the agency's regulatory philosophy are vitally important to Western economies," the letter said.

"Western states and rural communities depend on their ability to use public lands for grazing, timber harvest, mining, energy development and recreation. The BLM, during the final days of the Obama administration, finalized a new rule specific to land-use planning on BLM-managed public lands. The rule demonstrated a clear overreach by the BLM, in spite of the agency's claim that the 'primary goal of the proposed rulemaking process is to improve the agency's ability to respond to environmental, economic and social changes in a timely manner.'

"... Under the guise of 'climate change' and 'landscape-scale' management, the agency's final rule will allow implementation of unilateral management schemes, mitigation, adaptive management and other internal agency pronouncements. As a group, we the undersigned are concerned that the Planning 2.0 rule will diminish the statutory requirements of multiple use and dismantle the cooperative ideals of federalism."

"If you are from the West, you understand the great impact that rules over federal land management can have, whether you are dealing with grazing, energy and mineral development, or recreation. This Obama administration rule, finished right before he left office, would shift the power away from state and local government and into the hands of Washington, D.C.," Enzi said.

"In Wyoming, almost half of the land is owned by the federal government and most of that is overseen by the BLM. We should be empowering state and local voices in land management processes, not trying to sideline them. The current land management program has issues, but this is not the fix we need."

Barrasso said: "The Obama administration's BLM Planning 2.0 rule would have done more harm than good. We need to make management plans more cohesive among local offices, but giving local decision-making authority to the director's office in Washington, D.C., is not the answer.

"Wyoming, not Washington, is in the best position to ensure local land-planning decisions are right for our natural resources, wildlife, and communities. These local plans must include key input from county commissioners, sportsmen, local businesses and those who interact daily with these landscapes."

The action was hailed as a victory by the oil industry because it would make it easier to expand oil and natural gas production on public lands.

"A balanced approach to resource management planning is imperative," he said.

"The checks and balances of Congress can help to foster oil and natural gas production, which benefits American consumers and strengthens our national security." 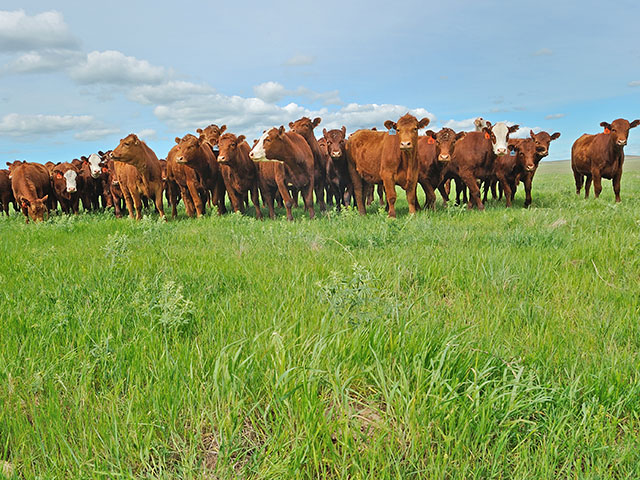