MOUNT JULIET, Tenn. (DTN) -- UDSA's Market Facilitation Program payment rates will range from $15 and $150 per acre and will be made in three parts, with the first and largest payment expected in mid-August.

Sign-up for the program begins on Monday, July 29, and ends on Dec. 6, USDA leadership said on a press call.

USDA Undersecretary for Farm Production and Conservation Bill Northey said the agency most likely already has the data it needs from producers since the payments are based on certified acreage of qualifying crops.

"This should be a fairly simple process," he said. "We want signup to be easy for producers, straightforward and want it to be such that it doesn't take a lot of time for them, and we can get these payments to them so they can address the challenges they have due to these tariffs that have been placed on our agricultural products."

County rates are available at: www.farmers.gov/mfp

Farmers who plant an eligible cover crop on prevented planting acres will receive a $15-per-acre payment.

There are several key differences between this year's program and last year's, USDA Chief Economist Rob Johannson said. Last year's program was based on trade damages compared to 2017. This year, USDA looked at trade over the past 10 years and used estimates from the year with the highest level of exports to determine damages.

This addresses one of the top concerns of corn growers, who didn't sell much corn to China in 2017 due to non-tariff barriers the Chinese had put in place.

"When we looked back over 10 years, we can see that, in previous years, China did import quite a bit of corn from the United States," he said. "This modelling effort reflects that if China does come to the table and makes an agreement with negotiators, that it will incorporate some of these other issues that we've been working on for a number of years, not just the 2017 and 2018 tariff measures."

Johannson said the 2019 payment rates also take into account the resolutions of trade issues with Canada and Mexico, new tariffs from India and higher Chinese tariffs on some products.

Another change is higher payment limitations. The MFP payments are being made in three categories: non-specialty crops (includes row crops like corn and soybeans), specialty crops such as nuts and fruit, and hogs and dairy producers.

There is also an adjusted gross income limitation of $900,000; however, that limit can be waived if 75% or more of that income comes from farming and ranching.

"There will be some disparities that are just impossible to overcome aside from doing an individual program for every producer," he said, adding that USDA spent hours trying to smooth out the disparities where they could.

The second and third payments will most likely be made in November and January if they're still needed, Northey said, with half of the remaining county payment being made each time.

"Hopefully we'll have a situation where we're back to a full trading arrangement, and we have some folks working hard to try to make that happen," Northey said. "If that's the case ... we will not need those payments."

USDA expects payments to farmers to total $14.5 billion if all three sets of payments are made. The agency will also spend $1.4 billion on purchases of food products and give $100 million to trade promotion groups.

"While we are grateful for the continuing support for American agriculture from President [Donald] Trump and Secretary [Sonny] Perdue, America's farmers ultimately want trade more than aid," American Farm Bureau Federation President Zippy Duvall said in a news release. "It is critically important to restore agricultural markets and mutually beneficial relationships with our trading partners around the world."

National Association of Wheat Growers President and Lavon, Texas, farmer Ben Scholz, said MFP payments provide necessary assistance to growers affected by lower prices resulting in part from tariffs. "However, this is a Band-Aid when we really need a long-term fix," Scholz said. "NAWG understands holding China accountable for its WTO violations and unfair trade practices, but a trade war is not the solution, especially when farmers are the casualties."

More than 25% of U.S. pork is sold in foreign markets, and producers want to compete on a level playing field, the National Pork Producers Council stated in a news release.

"Our top priorities are an end to the trade dispute with China, where retaliatory tariffs are preventing U.S. pork from fully capitalizing on a historic sales opportunity created by the outbreak of African swine fever in the world's largest pork-consuming nation, and a trade agreement with Japan, where U.S. pork is losing market share due to trade agreements Japan has recently formed with the EU and other international competitors," NPPC President David Herring said.

National Farmers Union President Roger Johnson said that he had concerns about some of the county-to-county disparities as well as the fact the plan doesn't include any incentives to reduce production.

"This assistance is desperately needed, but the ad-hoc rollout and convoluted structure of these programs has caused significant confusion among producers," he said in a news release. "Until more predictable, longer-term solutions are made available, that sense of confusion and insecurity will likely persist. In the future, we urge the administration to work more closely with Congress to build on the existing safety net and provide certainty and stability in farm country." 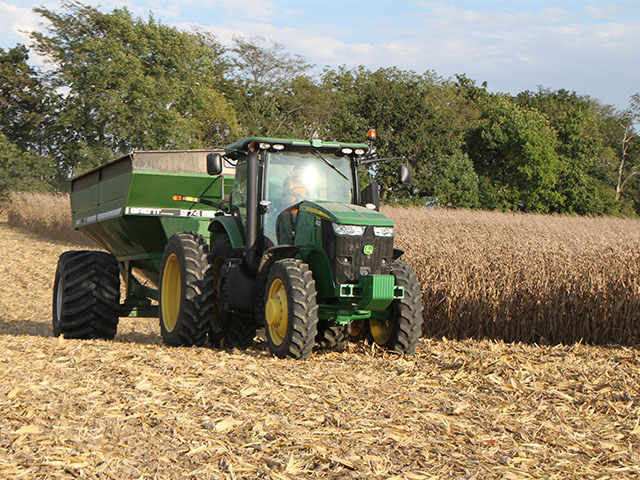