The FCC is rolling out 5G technology in a bandwidth auction later this year. The agency also stated the creation of a $20 billion fund for rural broadband projects. Proposed rules would also reduce permitting for smaller towers to service new technology. (DTN/The Progressive Farmer file photo by Jim Patrico.)

OMAHA (DTN) -- The Trump administration is preparing to boost high-speed mobile data considered next generation, or 5G, as well as roll out a $20 billion fund to increase rural broadband access.

"We want the good-paying jobs that develop and deploy 5G technologies -- jobs that support some of the folks in this room -- to be created here, in America," Pai said. "We want these technologies to give our economy a leg up as we compete against the rest of the world."

As the Washington Post described the announcement, the FCC "will release a wide swath of high-frequency airwaves for cellular use in which will be the largest trove of U.S. wireless spectrum ever to be auctioned off." The sale of "millimeter wave" to wireless carriers will begin Dec. 10.

To help expand rural broadband, Pai said the FCC also will create a new $20.4 billion Rural Digital Opportunity Fund at the agency. The funds will expand high-speed broadband to 4 million homes and businesses in rural America, Pai said. The new fund could begin later this year.

For urban areas, faster data can make it easier to use self-driving cars or virtual reality. In agriculture, that could apply to tractors or other automated equipment.

Pai said the investment in high-band spectrum "will improve Americans' lives in so many ways, from precision agriculture, to smart transportation networks, to telemedicine, and more. We want Americans to be the first to benefit from this new digital revolution while protecting our innovators and our citizens."

Pai said new rules would also reduce the permit requirements on smaller towers that would serve 5G technology as well.

The Competitive Carriers Association (CCA), which had criticized the FCC over its mapping of broadband access, was still supportive for the Trump administration opening up 5G and including rural areas in the plan.

"Revolutionary services and technologies depend on robust wireless connectivity, and it's critically important to ensure Americans in all corners of the country have access to these services," the CCA stated. "The economic, education, health, social -- and many other -- benefits that come with connectivity are countless, and to make sure rural Americans have comparable services to urban areas, we must support both fixed and mobile networks. CCA looks forward to participating in the development of the Rural Digital Opportunities fund to support 5G services nationwide."

Jessica Rosenworcel, a Democratic FCC commissioner, wrote a more skeptical opinion of the FCC's decision (https://docs.fcc.gov/…) and called for the agency to pull back and write a better rule and strategy for 5G release. Rosenworcel said the focus on the "millimeter wave" of the spectrum means the U.S. is ceding leadership in "mid-band spectrum." Rosenworcel cited examples of several countries auctioning off mid-band spectrum and said the U.S. runs the risk of being "without a global supply base as mid-band becomes the core of worldwide 5G service." Rosenworcel called on the FCC "to flip its priorities and pivot to the mid-band."

As the Washington Post stated, "Mid-band spectrum offers less capacity than the higher-band alternatives, but can cover greater distances."

"And that's especially important for rural America, where the challenging economics of service do not presently support the high cost of high-band infrastructure," Rosenworcel said. "This is a fact and no pronouncement from this agency or this Administration will make it otherwise."

In a tweet, Rosenworcel said, "So far this Administration's interventions on 5G have done more harm than good. From imposing tariffs on 5G equipment to alienating allies on 5G security to falling behind the rest of the world on critical mid-band spectrum, it has yet to offer a workable plan for U.S. leadership." 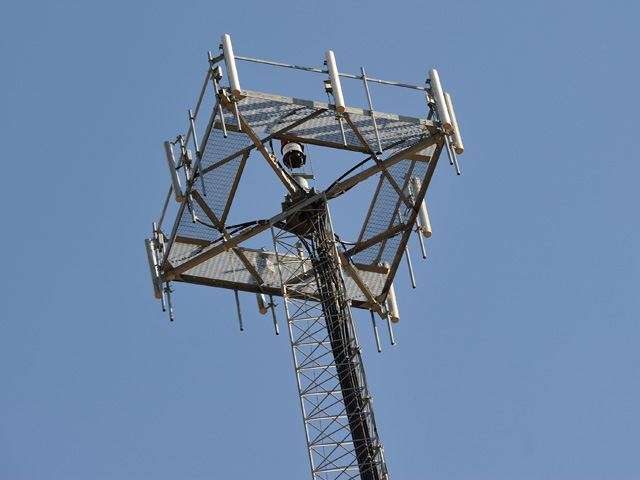