Agriculture was reminded of that ever-present threat of cyberattack this week when NEW Cooperative in Fort Dodge, Iowa, confirmed Monday it had been hit with a ransomware attack that affected the grain cooperative's operations, which include 60 elevator locations across north-central and western Iowa. For the latest on that story, see https://www.dtnpf.com/….

"These attackers used to go after the Amazons and banking institutions of the world, but now they are looking at different companies, specifically those in agriculture and energy," says Sarah Engstrom, chief information security officer and vice president of IT security, productivity and privacy for CHS.

Engstrom is in the IT trenches every day for CHS, a diversified and global agribusiness cooperative organized in 1929, and headquartered in Minnesota. She did not shy away when asked to talk about the challenges large entities like CHS face from cyberattackers.

"They are looking for targets they believe are more prone to caving under an attack, or to being exploited and not having the proper security resources in place," she says. "We are seeing it, and we are hearing of smaller companies getting pummeled with cyberattacks and ransomware."

Considered the first electronic bank robbery by many in law enforcement, Russian computer programmers working out of St. Petersburg, hacked into the systems of a major U.S. bank in 1994, and started skimming money. The group made away with more than $10 million before the bank became aware of the intrusion.

In upcoming weeks, DTN/Progressive Farmer is posting a special series called Cybersecurity and Ag to examine the threat cyberattackers pose to agriculture and explore what farmers, ranchers and agribusinesses can do to protect themselves from these high-tech criminals.

The website Gearbrain, which tracks data breaches and hacks, reported that in the first quarter of 2021, the number of people impacted by data breaches climbed 564% compared to year-ago levels. The number of compromised companies in the U.S. were up 12% over that same period. The report says the "rise in supply chain attacks is troubling." Some IT specialists believe one reason for the increase has been the increase in employees working from home, where they are not always connected to company computer networks.

Editor's Note: This is the first of the stories in our special Cybersecurity and Ag series. Next in the series: A look at how agribusinesses are preparing for threats posed by hackers, and the questions farmers and ranchers need to ask those they share data with. 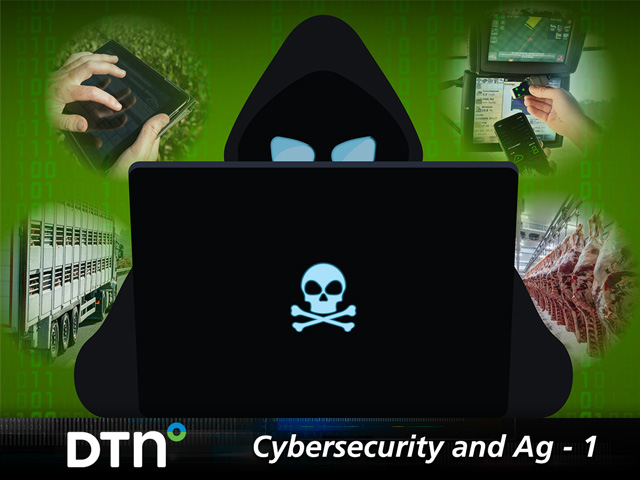