DECATUR, Ill. (DTN) -- Extremely wet weather didn't wash away worries for soybean cyst nematode (SCN). In fact, flood waters may have moved the pest to new areas, according to Greg Tylka, Iowa State University nematologist and one of The SCN Coalition leaders.

"That's one reason we're recommending soil sampling for SCN during fall fertility testing," said Tylka. The only way to know if a field has SCN problems is to soil test, he detailed in a recent news release.

Flooding isn't the only thing responsible for SCN's expanding range. Soil moved by wind, birds and other animals and farm equipment has been spreading SCN in all directions since it was first discovered in New Hanover County, North Carolina, in 1954.

"As of 2019, SCN has been confirmed in every county in Illinois and Iowa, and all but two Indiana counties (Monroe and Brown)," Tylka added.

About once every three years, Tylka surveys nematologists, plant pathologists and agronomists from soybean-growing states and Canadian provinces to gather updated information on counties known to be infested with SCN.

Tylka will be polling peers and updating the map in 2020. But so far, additional counties and municipalities that have been confirmed as infested with SCN since 2017 include:

SCN has long been considered the No. 1 pest of soybeans, and resistant varieties have been a big help in fighting back. However, heavy reliance on one type of resistance within commercial soybean varieties has scientists warning that growers should not be complacent. Movement of SCN to new locations only intensifies the worry.

Soil testing for the pest is the first step in managing SCN, Tylka said.

"You can't manage something that you don't know you have," he said. "Management starts with sampling. You need to know what fields have it and at what levels. That sets the stage for how you'll want to approach the battle.

"If you catch numbers when they're relatively low or moderate, it's a fairly painless rotation to non-host crops like corn, oats, wheat, alfalfa or sunflower. Or as you get into the Southern U.S., cotton and peanuts are non-hosts.

"Then, get to know more about the different types of SCN-resistant soybean varieties that are available, which ones are more effective than others and how to rotate them properly. We also have a new tool in seed treatments," Tylka said. "The SCN Coalition recommends actively managing SCN with all four tools."

Details on how to pull an SCN soil sample are included in Tylka's recent Iowa State University bulletin: https://crops.extension.iastate.edu/…

Find out more about progress in genetic resistance in Fight Against SCN Broadens: https://www.dtnpf.com/…

Learn more about how cover crops influence the SCN fight in Don't Feed the Nematodes:

For more information about managing SCN in your state or province, visit: thescncoalition.com 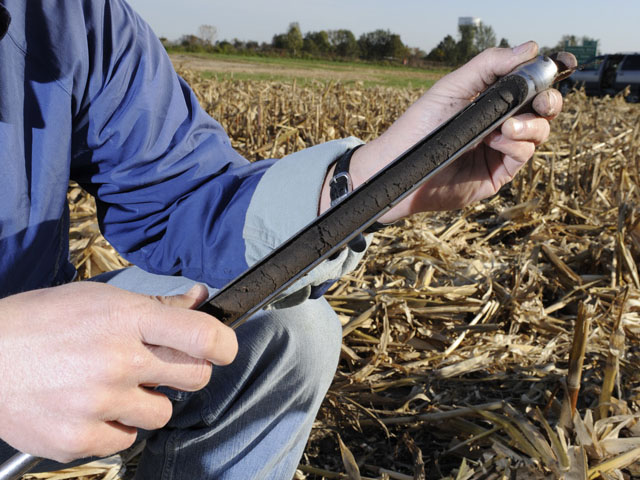