Controlling SCN (soybean cyst nematode) is a challenge. Rotation to corn followed by a resistant variety and a seed treatment is no longer a sure thing. Alternative options are becoming more attractive as a result. Wheat rotations and cover crops are emerging as promising options for SCN control.

Currently, there are three sources for genetic resistance to SCN; PI 88788, PI 548402 (Peking), and PI 437654 (Hartwig and CystX). The PI 88788 source is used in over 90% of existing SCN-resistant varieties on the market. Only a few commercial varieties currently use the Peking and Hartwig and CystX sources.

PI88788 was originally able to reduce nematode reproduction by around 80% to 90%. Today that control has dropped to 50% or less, depending on the egg count and the SCN population's characteristics. Not all varieties with PI 88788 carry the same set of resistance genes or express them equally.

At a conference on wheat and double-crop soybeans in Illinois last winter, University of Kentucky plant pathologist Carl Bradley reported on research trials conducted in that state in the early 1990s. Bradley showed that wheat residue can reduce SCN reproduction by over 50% in the following soybean crop.

In the study, scientists examined the effects of wheat residue on SCN egg populations after wheat was harvested and the field was planted back to soybeans in a double-crop rotation. They either tilled wheat stubble before planting soybeans or no-tilled soybeans into the wheat stubble.

Their research showed SCN egg counts after wheat harvest and before soybean planting were similar across the field, regardless of tillage treatment. However, by soybean harvest, SCN egg counts were significantly reduced by at least 50% where wheat residue remained on the surface versus being tilled into the soil. What's important is that soybeans have to be no-tilled into the wheat straw directly. Tillage and incorporation negated the effect.

Mike Plummer, retired University of Illinois extension educator, shared data that showed cereal rye and annual ryegrass cover crops also can significantly reduce egg count. He reported a 85% and 94% decrease in egg count, respectively, when rye and ryegrass were present as covers compared to the absence of covers.

Most of the cover crops he tested did not appear to be hosts for SCN. The important exceptions were Austrian winter peas, field peas, forage peas, crimson clover, hairy vetch and turnips -- female SCN did manage to reproduce on these roots. However, of those, only forage peas and field peas actually increased the field's starting population of SCN. All other cover-crop species decreased populations.

If these data are real, the residue from wheat as a cash cover crop or certain cover crops may suppress SCN reproduction. Covers may provide another tool to manage SCN and will join planting resistant varieties, rotations and seed treatments.

The full scientific citation for the Kentucky study is Hershman, D.E., and Bachi. P.R. 1995. Effect of wheat residue and tillage on Heterodera glycines and yield of double-crop soybean in Kentucky. Plant Disease 79:631-633.

If you would like a pdf copy of this report send me an email at djdavidson@agwrite.com 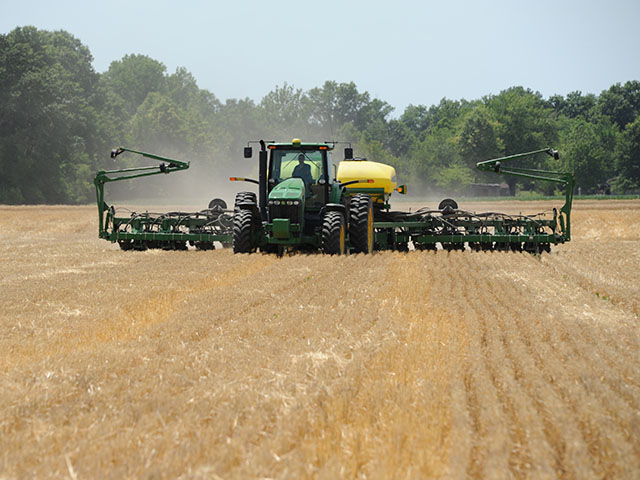