OMAHA (DTN) -- Farmers facing financial distress are better off not kicking the can down the road, experts on farm finances said during a webinar Tuesday.

Donald L. Swanson, an attorney with Omaha-based law firm Koley Jessen PC LLO, who has helped farm families since the 1980s farm crisis, said strategies to improve a farm's finances will work only if farmers support them.

"When a bank is applying pressure, time has come for a solution," he said. "It must be earnest and successful. Time is growing short. It might involve bankruptcy, reorganization, liquidation. It must be something the farmer wants to do and is committed to doing. It's never good if it is forced. Attorneys can suggest strategies. It is all attorneys can do."

Swanson said farmers should attack the problem as early as possible before getting forced into an emergency strategy.

"It is a terrible way to handle something this significant and important," he said.

Swanson talked about General Motors' reorganization strategy that the company took months to develop prior to filing for Chapter 11 bankruptcy protection. Upon filing for bankruptcy, he said, GM had a plan and began implementing it immediately.

"This is what farmers in financial distress need to do, but they rarely do it," Swanson said.

Farmers should start talking to experienced lawyers right away. When farmers get into a tough situation, he said, it is time for full disclosure with the bank. He said candid and accurate discussions with the bank are essential.

"If the bank doesn't have the full story, it often leads to the worst outcome," Swanson said.

"It's time to come clean and communicate," he said. "It's time to ask the bank for its views on what should happen next. It goes a long way in getting to a solution. I'm talking about farmers walking into a bank and saying, 'Things aren't going so well.' I know that's not what farmers want to hear, but it's the only way to find a solution -- particularly when a farmer is not eligible for Chapter 12."

The U.S. House of Representatives passed a bill last week that would give farmers the ability to file for Chapter 12 bankruptcy if they have an asset limit of $10 million or less, which is a significant increase from the current limit of $4,153,150.

Swanson said financial data and realistic projections are essential throughout a bankruptcy proceeding. It is necessary to have accounting expertise on board.

"You can't expect a strategy to work when it's based on an assumption that corn prices will reach $8 soon," Swanson said.

A better approach, he said, is to figure out expenses for the current year, then calculate the minimum price of corn needed to make it work.

"Optimism is OK in financial projections," Swanson said, "but ridiculousness is not."

Based on his experiences, Swanson said, the biggest obstacle to reorganizing farm debt is farmers see land as untouchable when it comes to potentially selling assets.

"Farmers will not sell land to deal with a financial problem," he said. "I've seen farmers reject strategies with chances of success because it involves land sale."

Solutions are easier to come by if farmers remain open to selling some land, Swanson said.

When it comes to filing Chapter 12, Swanson said, farmers are required to pay the value of assets being retained.

A key question for any reorganization plan, he said, is whether future cash flow is sufficient to fund operations and debt service.

"If not, there's nothing an attorney can do to implement the strategy," Swanson said.

If farmers receive notices in the mail for possible mediation proceedings, Swanson said, they should act. Mediation involves a third party bringing two sides together to negotiate a resolution -- in this case on farm debt.

"Mediation is a good thing," he said. "If you get a notice, take that opportunity. Do not allow that opportunity to pass by. Mediation laws have high rates of success. Letting it pass is a mistake."

Kristine Tidgen, director of the Center for Agricultural Law and Taxation at Iowa State University, said farmers need to seek out attorneys with experience in farm bankruptcy, before taking any action in response to financial difficulties.

There are several tax consequences that arise when farmers look to sell assets to pay off debt.

"Sometimes there's a misunderstanding or lack of understanding of the tax consequences with assets being sold," Tidgen said. "Chapter 12 provides a unique way to deal with tax problems."

Some producers think they can get out of a tax situation by selling assets. "But that can cause problems," Tidgen said.

Sometimes, a farmer may want to sell assets to generate money to pay off debt. The tax code, however, requires that depreciation or Section 179 deductions to be "recaptured" or repaid if the asset is sold for a price that exceeds the asset's adjusted cost basis, Tidgen said.

If an asset is sold for an amount that exceeds the amount originally paid for the asset, she said, capital gains tax will be owed.

In addition, depreciation is intended to allow farmers to write off the cost of a business asset for its useful life. Because of bonus depreciation and Section 179 expensing, Tidgen said, these costs are often written off long before the life of the asset ends.

If a farmer sells an asset while it still has value, federal tax code steps in to recapture ordinary income tax on the difference between the current basis of the asset and the sales price, she said.

"All we've done is accelerate our depreciation," Tidgen said. "You may have purchased an asset that has appreciated and you will owe capital gains tax."

For example, if a farmer sells a piece of equipment for $400,000 that they bought for $300,000, Tidgen said the tax code recaptures the difference as ordinary taxable income.

"Just because a tax provision is available doesn't mean it needs to be used," she said.

Even if a banker decides to discharge a farmer's debt, Tidgen said, revenue from cancelation of debt is considered to be income, which can be a problem for farmers trying to downsize while in distress.

In Chapter 12 bankruptcy, however, farmers can sell some assets and the Internal Revenue Service can become an unsecured creditor -- saving a farm on taxes owed for the sale of the assets, she said.

"Seek experienced counsel before, not after, selling assets," Tidgen said.

"Timing is key to minimizing tax liability in the face of financial distress. Selling before, during, or after a bankruptcy or outside of a bankruptcy will have different results. Rules are complicated. Consult sooner rather than later."

The webinar was sponsored by the I-29 Moo University consortium of Extension dairy specialists from Iowa, Minnesota, Nebraska and South Dakota. 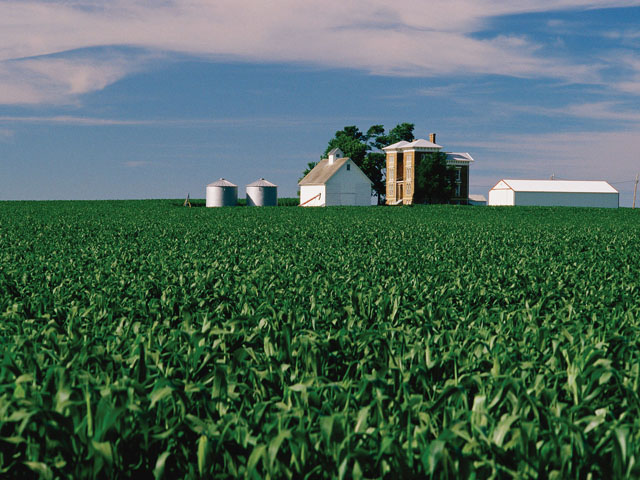