They say wheat has several lives and so do wheat tours. Oklahoma and Kansas have both found ways to assess the crop virtually this year.

The tour was moderated by Amanda de Oliveira Silva, who gave an overview of the current crop, noting that there was a slow growth to the wheat plant in the fall, but moisture in the spring helped the growth come around. The freeze event was particularly damaging because much of the wheat was in the flowering stage. Wheat is most sensitive to freezing temperatures at the heading and flowering stage.

Heath Sanders, CHS, Frederick, Oklahoma, who was the scout in the South Central area of the state, said that the earlier-planted wheat was hit the hardest by the freeze, while the later-planted wheat fared better. "It was very hard to determine the percentage of freeze damage in that area, and damage ranged from 5% to 100%," said Sanders. He added that wheat hay was being cut in many places.

Gary Strickland, OSU Extension educator, Jackson and Greer County, who scouted for the Southwest area, said, "The April freeze significantly impacted Southwest wheat acres. Fields that remained for grain production estimates have some level of freeze damage (5% to 80%), and in just about all counties, hay and graze acres have gone up."

Silva noted that, "Most of the damage in South Central and Southwest Oklahoma we saw is death of the flower parts followed by head discoloration. Temperatures got cold enough to kill the flower parts but not the cells in the green tissue, so it is taking a little bit longer for the rest of the plant to start showing the damage. In cases where pollination had already occurred when the freeze came in, we could see berries being formed, but those berries are shriveled and dried out."

In addition to the freeze, a hail event at the end of April damaged wheat in parts of west-central Oklahoma, causing a downgrade in expected yields. There are also drought issues that remain troublesome in nearly all of western Oklahoma. The National Oceanic and Atmospheric Administration (NOAA) May 14 drought monitor showed the very western part of the Panhandle with severe drought conditions and the rest of the Panhandle showing moderate drought to abnormally dry. The rest of the western part of the state was abnormally dry with a few areas of moderate drought.

The final state average yield was projected at 33.16 bpa, with total production of 96.534 million bushels (mb). This is below the 2019 production of 110 mb with an average yield of 40 bpa. Here is a link to the entire tour for more in-depth information on all regions in the state: https://www.dtn.com/….

The Wheat Quality Council holds an annual tour during the first week of May. This tour has been held for the past 50 years and gives a first look at the crop to those who attend, including international buyers, wheat farmers, flour millers and others in the wheat industry. Because of the COVID-19 pandemic, the winter wheat quality tour was canceled for the 2020 crop year.

Kansas Wheat noted that others in the industry made plans to host a virtual wheat tour during the week of May 18. "While it will be based loosely on the previous tours, there will be no caravans of cars traveling across wheat country. Alternatively, we will be working with certified crop advisers, Extension agents, elevators, farmers and others in the field to make observations of the crop during that week," said Kansas Wheat. The tour will be hosted by Kansas Wheat and K-State Research and Extension, in conjunction with the Kansas Department of Agriculture and other industry partners.

The virtual tour begins Monday afternoon, May 18, at 4:00 p.m. Central Daylight Time, with an orientation and comments from industry representatives. Aaron Harries, vice president of research and operations, Kansas Wheat, will provide an overview of crop conditions and this year's yield formula provided by USDA National Agricultural Statistics Service. The formula will not be available prior to that time. Representatives from K-State Research and Extension will discuss this year's crop and talk about weather challenges it has faced, including drought and freeze injury. They will also go over disease pressure that participants may be seeing in the fields.

Data will be gathered Tuesday throughout crops in north-central and northwest Kansas. "The day one wrap-up meeting Tuesday afternoon at 4:00 p.m. will go over the observations from those areas and provide an estimated yield potential using the formula provided by USDA-NASS. Day two will continue through west-central and southwest Kansas, and day three will focus on south-central and central Kansas. Daily wrap-ups will be provided each afternoon at 4:00 p.m., with a final crop discussion Thursday afternoon, May 21," said Kansas Wheat.

DTN will be covering the tour, starting after the first day of the actual tour, late in the day on Tuesday, May 19. Please note: The tour will not be based on numbers comparable to Wheat Quality Council tour results from years past. DTN Crops Technology Editor Pamela Smith and I will be tweeting comments throughout the start of the tour each day, which doesn't begin until 4:00 p.m. CDT. You can follow us at @PamSmithDTN and @MaryCKenn. 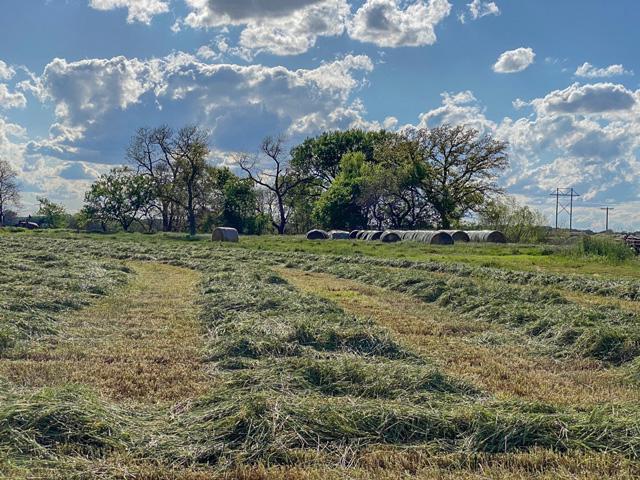