As I've said before in this space, it's always fun to brag about the accomplishments of our journalism team. It starts to be really fun when the team repeatedly cleans house in prestigious awards.

That happened this week as our Emily Unglesbee was awarded the Excellence in Journalism Award from the Weed Science Society of America. It's a great achievement for a young reporter to be recognized for contributions in an industry full of veteran journalists.

The extra-cool factor is that Emily's accomplishment makes the second year in a row, and the second in the history of this award, that a DTN staffer has been so recognized by WSSA. The inaugural recipient of their award, in 2019, was our own DTN Crops Technology Editor Pamela Smith.

It speaks to the depth of the DTN staff, and the way this team pushes each other to provide the content that readers can only get from DTN and Progressive Farmer platforms.

Larry Steckel, University of Tennessee weed scientist and current WSSA president, spoke to Emily's coverage of dicamba issues in a letter supporting her award nomination: "Her reporting on this subject has cut through a lot of the noise surrounding dicamba and given the general public a very realistic view of many diverse issues surrounding this herbicide."

She also received praise from Lee Van Wychen, executive director of science policy, National and Regional Weed Science Societies. "As an avid reader and follower of all weed science related issues ... there is no question in my mind that Ms. Unglesbee is not only the most prolific writer of weed science news in the country, but she also is the most informative and accurate writer out there."

Unglesbee's nomination was led by University of Illinois weed scientist Aaron Hager and generated supporting letters from many others in the field.

I wish I could take credit for bringing Emily into the DTN family, but that goes to DTN Ag Policy Editor Chris Clayton, who came back from a visit to the University of Missouri with tales of a young intern candidate who was a stellar talent.

Emily, a Gettysburg, Pennsylvania, native, was finishing a master's degree in journalism, and had taken a liking to agriculture after two years of working as a farm and ranch hand following college. Her internship with us, in 2012, was filled with what many young writers might have found dreadful. She was given "the bug beat," and spent the summer making weekly phone calls to university and private company entomologists tracking insect patterns, predicting outbreaks, and providing treatment ideas to protect crops from a multitude of hungry bugs.

Rather than complain, this hard-working young woman jumped into the subject with both feet. She prided herself in beating other outlets in warning farmers of coming damage, and in learning everything there was to learn about the pests, the damage they could cause, and how to prevent them.

When the summer internship ended, she only asked to write more. So Emily continued to work for us as she finished her graduate work, and I pushed my superiors to offer her full-time work before some competitor, seeing her long string of bylined articles, snapped her up.

Working hand-in-hand with Pamela, and Progressive Farmer Crops Editor Matthew Wilde, Emily covers a variety of crop production topics, including some of the most thorny. Her portfolio for the WSSA award features critical pieces on new weed and pest issues; deep reporting into dicamba damage and the politics around that, including the troubles state regulators have had keeping up with damage complaints; coverage of new pest and herbicide trait technologies in seeds; and stories on critical court cases and regulatory actions involving the ag pesticide industry.

She's won a steady stream of individual awards for her writing. This WSSA award is truly a capstone comment on her overall effort these past few years.

But perhaps the biggest honor I've heard bestowed on Emily comes from some of the individuals she covers. More than one corporate public relations person has asked, with not a small amount of angst, "Oh, you're sending Emily?" when inquiring whether DTN will be covering an upcoming press event. The question, and the tone with which it is asked, is a sign they know to be on their toes and prepared to answer tough questions. They know this crops reporter takes no prisoners when it comes to cutting through the hype.

Emily is also a critical part of the team that covers the monthly USDA World Agricultural Supply and Demand Estimates (WASDE) reports, helping turn booklets of data points into an explanation of what is expected in corn, soybean and wheat markets. It's a high-pressure task, one in which the DTN team repeatedly holds its own, or beats, the reports from the likes of The Wall Street Journal, Bloomberg and the Associated Press.

Congratulations to Emily for a unique award, and the honor of following her mentor Pamela in receiving it. Together they and the whole DTN team strive to give you the information and insights you can't get anywhere else. And thank you to the WSSA for recognizing that! 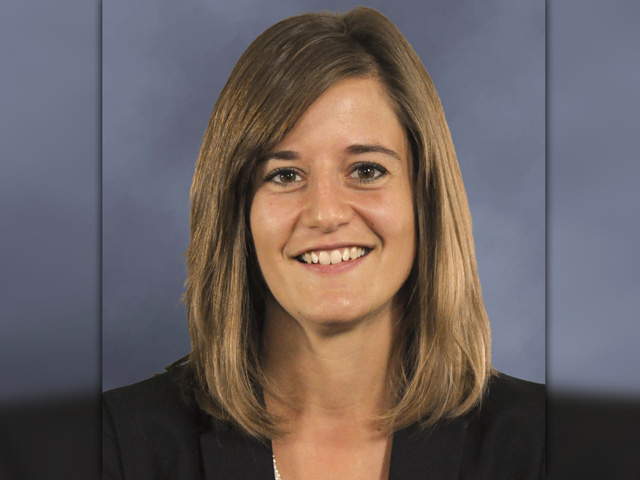