Editor's Note: Sept. 11, 2001, was a day few of us alive at the time will forget. Editor Emeritus Urban Lehner shares his all-too-close remembrance of that day below. Elsewhere on our digital products, Reporter Russ Quinn remembers covering how the terrorist attacks reverberated through farm country. What pops into your mind as you recall that moment? Share your thoughts and memories on our Facebook page post of Quinn's article at https://www.facebook.com/….

It's a question Americans ask each other every year at this time, and especially this year, on the 20th anniversary of that dreadful day: Where were you on 9/11?

I was at the scene, outside the Twin Towers. I stood in the street outside the South Tower as the second plane smashed into the building. I watched with horror as people on the upper floors chose to jump rather than burn.

I watched the South Tower collapse from across the Hudson River in Jersey City, having gotten on the last boat out of New York before the city was locked down. My daughter, who was attending a private school in Manhattan, couldn't get back to our New Jersey suburban home that night and had to stay with a classmate in the city.

I remember the feeling of national unity in the days that followed. The American flags everywhere. The friendly greetings exchanged with strangers on the street. The meeting in our town park where we lamented the attacks but assured our Muslim neighbors that we did not hold the acts of extremists against them.

I remember, too, the fear. When the plane struck the South Tower, I had turned to a colleague and said, "We're at war." It wasn't long before the U.S. was fighting in Afghanistan, politicians were receiving anthrax in the mail and travelers were waiting in long security lines at airports.

Where were you on 9/11? Some of you probably weren't born yet. There were American soldiers who died in Afghanistan who weren't alive on Sept. 11, 2001.

If you're a farmer, you may have been harvesting, or preparing to harvest. Agriculture eventually felt the impact of 9/11 after a Washington war-game exercise identified bioterrorism as a potential threat. Visions of our enemies wreaking economic destruction by spreading something like hoof-and-mouth disease led to government-sponsored animal-identification programs. Ranchers rejected them. Could the worst yet happen?

Thankfully, the terrorists have not yet struck again, perhaps because of the military and security measures taken in the wake of 9/11. They still could strike. It's unsettling that the Taliban who shielded Al Qaeda are running Afghanistan again.

Regrettably, the unity that 9/11 instilled didn't last. We had the opportunity to rally together behind some great project, as America so often has in the past. We missed our chance. Today we are as divided as ever, urban and rural, red and blue, like an unhappy married couple who inhabit different quarters of the house and don't talk to each other.

Our lives changed after 9/11, but not necessarily for the better. As we grapple with its legacy, let us hope that we can come together and find some common purpose. 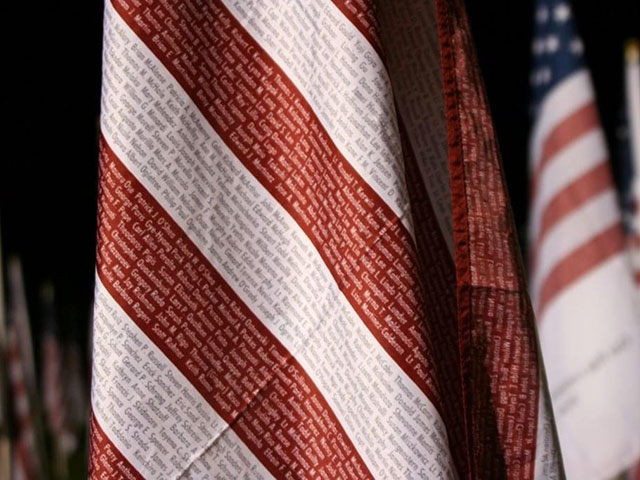