On numerous occasions in recent months Secretary of Agriculture Tom Vilsack has spoken of the need to diversify U.S. agriculture's export markets. We are, in his view, too reliant on one or two countries, particularly China.

Considering how important China has been in driving the rebound in prices of corn, soybeans and some other ag commodities, growers may think that sounds churlish or ungrateful. In their hearts, though, they know the secretary is right.

They realize Chinese demand could disappear as fast as it reappeared. Over-reliance on any one country is problematic. When that country has a relationship with your country that's sometimes adversarial, export sales are forever at risk of being taken hostage by geopolitics. (https://www.dtnpf.com/…)

USDA predicts China will buy 21% of America's ag exports in the year ending Sept. 30 -- $35 billion worth. It's hard to argue this isn't overreliance. The top three importers -- China, Canada and Mexico -- are forecast to take a combined 46%. (https://www.ers.usda.gov/…)

Diversification is easier said than done, though. There's no single country capable of replacing China. India is the only one that comes close to China in population (1.38 billion to 1.42 billion), but its GDP is a third of China's and its imports of U.S. ag products less than a thirtieth. (https://www.fas.usda.gov/…)

An optimist might say there's plenty of room for growth in India. A realist would point to India's discouragingly high trade barriers.

To make up for China, then, would require expanding exports to several countries. Which are the best targets?

Vilsack is pessimistic about Europe, and with good reason. Last year all of Europe, including Russia, imported only $12.1 billion of U.S. food and ag products, well below what Canada or Mexico bought.

Six years of negotiations on a bilateral trade agreement between the U.S. and the EU came to nothing a couple years ago. The EU's refusal to even discuss agriculture was one of the reasons. It will be hard to take down the roadblocks some U.S. ag exports face in Europe.

The obvious place to look for new markets is Asia. There are also candidate countries worth pursuing in Africa, the Middle East and Central and South America. But Asia's more rapid economic growth gives it the edge in purchasing power. USDA's latest forecast calls for big increases in ag exports this fiscal year to Taiwan, South Korea, Vietnam, the Philippines and Indonesia.

Japan, another big market, has been pushing the U.S. to rejoin the Transpacific Partnership, an 11-country trade pact. The U.S. dropped out of it on the first day of Donald Trump's presidency. Vilsack is clearly interested in exploring membership, and that's understandable. There would be clear benefits for U.S. agriculture in rejoining.

The Trump administration eventually negotiated a separate deal with Japan that was beneficial for U.S. agriculture, but not as beneficial as the Transpacific Partnership. For example, U.S. beef can be, and has been, subjected to higher tariffs when imports rise above a certain level. Beef from partnership countries like Australia and New Zealand is exempt from surge quotas.

Other Biden administration officials have been less enthusiastic about rejoining, though, and that's also understandable. Rightly or wrongly, previous trade agreements have taken the blame for the loss of factory jobs. This administration, like its predecessor, wants to bring back factory jobs. Other than Vilsack, officials have expressed little interest in rejoining the Transpacific Partnership.

Even without rejoining, though, there is plenty of potential in Asia to expand sales. Some big Asian countries, like Indonesia and Thailand, aren't members of the partnership. The partnership doesn't give member competitors like Australia, New Zealand, Canada and Chile any advantage in competing for non-member Asian markets.

The dream solution for American agriculture would be to keep selling big to China while also increasing exports to other markets. China's share of the larger export total might then shrink, easing the overreliance.

Pushing to expand sales to other markets makes sense, then, regardless of how things go with China. U.S. ag commodity groups are on the case, but their producer members should be holding their feet to the fire to do more, faster.

Exports are too important to be left to chance. A quarter of U.S. farm products are exported; for wheat, it's 50%. Vilsack often says anything can disrupt the complicated relationship between the U.S. and China, and he's right.

In preparation for "anything," diversification is a must.

Previous Post (Taking the Doubts of the Unvaccinated Seriously)
Next Post (How Much Inflation Will the Fed Tolerate?) 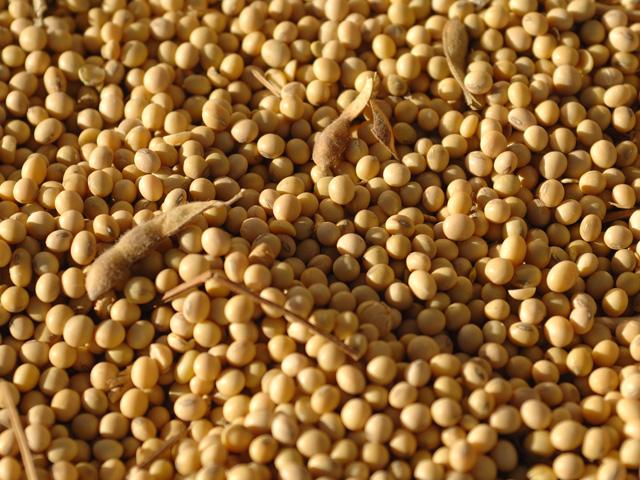