A recent New Yorker cartoon depicts a middle-aged couple on an island so small it barely holds their sofa and a single palm tree. Three sharks circle, nearly close enough for the couple to touch. The punch line: "Could we talk about something else?"

No, we can't talk about anything but COVID-19, which the cartoonist clearly meant the sharks to symbolize. Whether it's in Zoom calls with family or face-to-face encounters with masked grocery clerks, coronavirus is what people are talking about.

Whether it's the website of Fox News or CNN, the Wall Street Journal or the New York Times, coronavirus news dominates. We'd like to stop talking about it but the coronavirus sweeps us along like the white-foamed Niagara River pounding towards the cliff-edge.

The virus themes that obsess us are changing, though. A month ago, it was the death rate and whether to wear masks. Now, increasingly, it's what the post-shutdown world will look like. In Congress, one of the things they're discussing is how big to let the federal deficit get in the fight against COVID-19.

Alexander Hamilton, the first U.S. Secretary of the Treasury, thought a national debt could be a national blessing, provided it wasn't excessive. Can anyone doubt he would have considered $23 trillion excessive?

And please note, $23 trillion was the federal government's debt before it voted to hand out $3.6 trillion in emergency spending to restart the virus-stricken economy. In the year ending Sept. 30, the government expects to borrow $4.5 trillion, triple last year's $1.28 trillion. (https://www.wsj.com/…) At an estimated 19% of gross domestic product, this year's deficit will be the highest since 1946 and the federal debt by 2022 will rise to 106% of GDP. (https://www.wsj.com/…)

It's natural, then, that some Republican senators fear piling on still more stimulus borrowing. You don't have to be a financial savant like Hamilton to wonder, "How long can we keep adding to this Mt. Everest of debt without spooking the markets? Surely this can't go on forever, can it?"

Surprisingly, the answer seems to be that if not forever, it shows no sign of ending soon. Investors remain eager to lend Uncle Sam money. They remain confident he will always pay it back. Market interest rates aren't rising, as they would if investors perceived increased risk in holding Treasury paper.

In years past, I have voiced concerns in this blog about the ballooning federal debt. I have confessed to fears of a financial crisis, soaring interest rates and galloping inflation. I have warned farmers and ranchers that farm programs will be candidates for the cutting board as future Congresses struggle to bring the deficit under control. (https://www.dtnpf.com/…)

Still, if ever there was a time for the government to borrow massively, it's now. With 20% of American workers having filed for unemployment benefits, the economy has never needed stimulus more. With interest rates, both current and prospective, extremely low, the repayment burden will be relatively light. By one estimate, the Treasury's interest bill will remain about 2% of GDP through 2025. (https://www.wsj.com/…)

According to the investment firm Goldman Sachs, the U.S. is doing far more than other countries to stimulate its economy, just as it did after the financial crisis a decade ago. Goldman puts our fiscal stimulus at 11.9% of GDP, versus a world average of only 6.1%. And despite the senators' reservations, Congress may not be done stimulating the economy.

Chances are good, then, that just as the U.S. emerged more strongly from the financial crisis than many other countries, it will emerge more strongly again this time. At some point in the future we may all pay higher taxes as a result, but that's then and now's now. The markets are willing to let us run up the tab.

The U.S. is able to incur big debts to stimulate the economy in part because it borrows in its own currency, which also happens to be the world's reserve currency. That's a privilege worth preserving even if it has at times lulled Congress into abandoning fiscal discipline.

One sure way to erode the government's ability to borrow large sums is to undermine investors' faith that they will be repaid. It was disturbing, then, to read that some Trump administration officials were tossing around the idea of punishing China for coronavirus by cancelling part of the U.S. debt obligation to China. (https://www.washingtonpost.com/…)

After nearly four years of Donald Trump's presidency, Americans know he and his aides aren't afraid to bat around ideas in public, many of which they later drop. Thank goodness they dropped this one. Instilling fear that investors in Treasuries might not be repaid is the economic equivalent of injecting Lysol.

Urban Lehner can be reached a urbanize@gmail.com 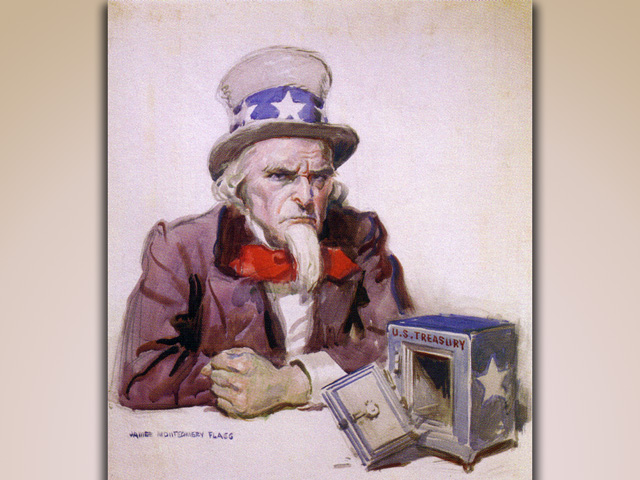