The National Centers for Environmental Information (NCEI) Overview of Billion Dollar Weather Disasters 2019 was released this week. And it had some big numbers for damages from extreme weather events. In all, the NCEI logged 14 weather and climate disaster events with losses exceeding $1 billion each across the United States. These events included three flooding events, eight severe storm events, two tropical cyclone events, and one wildfire event.

The events resulted in the deaths of 44 people and had significant economic effects on the areas affected. The 2019 total of 14 events with losses of more than a billion dollars is more than double the 1980–2019 annual average of 6.5 events (Consumer Price Index-adjusted). However, the most recent five years have had similar numbers; the annual average for the most recent five years (2015–19) is 13.8 events (CPI-adjusted).

In looking at extreme weather event-related total loss by state, there were some big, big losses as one might guess. I checked on the major grain production states, and Nebraska was the leader in losses, at $3.4 billion total, due to the impact of the bomb cyclone and flooding back in March, and additional flooding during the summer season, especially in July. But heavy rain, flooding and crop loss hit other states hard as well.

Total U.S. weather and climate-related damage in 2019 reached $45 billion. That compared to an inflation-adjusted average of $43.9 billion over the past 40 years.

Here is a rundown:

The full report, including additional graphics, is at this link: https://www.ncdc.noaa.gov/…. (Note: USDA is one of the source agencies for these reports.)

2019 also featured catastrophic weather-related events around the globe. Writing for the New Yorker magazine, Elizabeth Kolbert listed these events: the Australia end-of-year bushfire infernos, which have brought at least 19 deaths and the loss of an estimate one billion animals; the summer heat wave in India, with more than 100 fatalities; a summer heat wave in Japan that sent an estimated 18,000 people to hospitals; the all-time high temperature records set in France (108 Fahrenheit) and in Germany, reaching 107 F.

The NOAA December climate report, also issued this week, noted that the globally averaged temperature departure from average over land and ocean surfaces for 2019 was the second highest since record keeping began in 1880. December's combined global land and ocean surface temperature departure from average for 2019 was also second highest in the 140-year record. 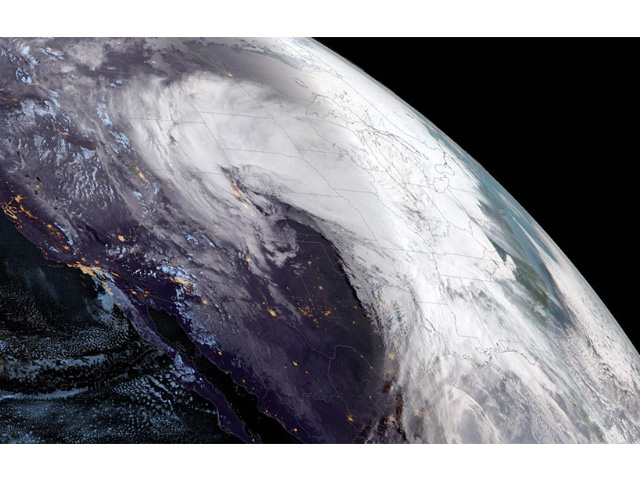