President Joe Biden's plan to raise taxes on wealthier Americans is going to see the light of day in legislation potentially as early as next week, but these proposals have been debated since the administration offered them in April.

In summary, Congressional Democrats are expected to introduce bills that would:

-increase the capital gains tax rate, which now ranges from zero to 20%, depending on income. People making more than $1 million would be taxed as ordinary income at the 39.6% rate. This would mark a shift in tax policy as capital gains have always been taxed at lower rates than ordinary income.

-exempt capital gains for $1 million in assets for an individual, $2 million per couple -- topping out at $2.5 million when the home exemption is added in. This would effectively repeal the current $11.7 million in stepped-up basis carryover that heirs now receive tax-free from estates.

The biggest battle in agriculture with these tax plans is that the proposes exemption for stepped-up basis is too low.

1. The big debate begins next week in the House Ways & Means Committee.

The House Ways & Means Committee began meeting on Thursday to debate some programs Democrats want, such as paid leave and changes to Medicare. Ways & Means is scheduled to meet Sept. 14 and 15 to debate the "pay-for" plans. This where the tax proposals for the budget reconciliation bill will be spelled out, including any changes to capital-gains taxes and stepped-up basis.

While there have been proposals by House Democrats to ensure farms and family businesses are excluded from the tax changes, as of now there has been no legislative bills spelling out how Democrats would carve out farms and businesses.

2. The Senate voted 99-0 to protect farmers from higher taxes, but the resolution is "non-binding."

To protect owners of generationally owned businesses, farms, and ranches so that they may continue to transfer ownership or operations to family members or others based upon the same tax principles that existed when they began operations and under which they currently operate, including the full benefit of the step-up in basis.

Thune's amendment passed unanimously, putting senators on the record that they would protect farmers from changes in stepped-up basis.

Agriculture Secretary Tom Vilsack wrote an op-ed in the Wall Street Journal this week stating he had been getting questions about what the tax plans mean for farmers. "Won't this mean they have to sell the farm to pay the tax? No, because President Biden's proposal includes special protections for family-owned business, including family farms. Under the proposal there are two key protections for farmers. First, if a farmer is passing along the farm to his or her children so that they can keep the farm going, no tax is due until they decide to stop farming or sell the farm. That is true for all other family businesses too."

Vilsack added that Biden's proposal exempts the first $2.5 million in gains. The exemption is $1 million per individual but Vilsack cites $2 million per couple, and up to $500,000 for the family home. Vilsack said the $2.5 million exemptions means more than 95% of families won't face any new tax.

Vilsack's opinion links to a news release issued by USDA when the first proposal came out in late April. https://www.usda.gov/…

Decorum prohibits listing all of the comments expressed on Twitter, but commodity farmers describe the tax plan as "an epic disaster," "out of touch with reality," and "Eliminating the step-up in basis will wreck family farms financially."

As one farmer replied to Vilsack on Twitter, "As a 4th generation farmer and 30 year accountant, I have to ask that you look at some real-world family farms and run your scenarios again."

5. Agricultural groups have raised a lot of complaints about the tax proposals.

Vilsack's op-ed also came out as 330 national and state farm and livestock organizations wrote congressional leaders to "not alter or eliminate longstanding tax code provisions that are fundamental to the financial health of production agriculture" and related businesses.

The letter cites that there are four times as many farmers and ranchers age 65 and older than there are under the age of 35, and these older farmers own more than 40% of agricultural land in the country. With 370 million acres expected to change hands in the next two decades, the tax policies being debated by Congress "will determine agricultural producers' ability to secure affordable land to start or expand their operations."

Underlined and italicized in the letter, the farm groups add, "For this reason, we firmly believe the current federal estate tax code provisions must be maintained."

6. Changes to estate taxes will be coming.

Sometime between now and the end of 2025, there will be changes made to estate taxes and dollar exemptions.

Under current estate tax law, $11.7 million in assets are exempt from taxes for heirs. In 2019 -- the last available year from the IRS -- the exemption was $11.18 million. That year. there were 2,570 estates that paid taxes on $77.2 billion in assets (on average about $30 million per estate). There were 269 taxable estates that reported farm assets worth $1.3 billion (on average $4.9 million per estate). With the exemption, that means those farm estates averaged about $16.1 million in value. The average overall tax rate paid that year was 17%, according to IRS statistics. 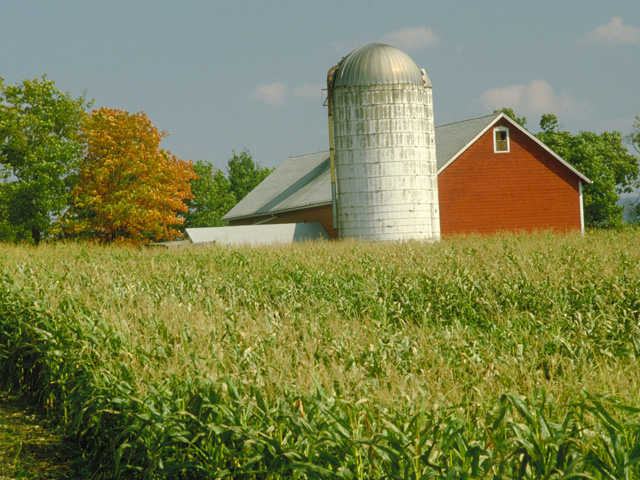