Known for both his cigars and purple Kansas State shirts, Flinchbaugh, born in 1942, was often in high demand as a speaker at agricultural events around the country. Flinchbaugh a knack for "speaking his mind even if his audience may not want to hear his message," a 2015 Farm Progress profile stated.

The K-State Ag Economics program noted, "He will be deeply missed and leaves a hole in the AgEcon Dept that can't be filled."

The Kansas Agriculture and Rural Leadership program noted of his passing, "Small in stature, great in character and intellect, his wisdom, wit, and perspective was a gift to those who were in earshot. KARL may not be the same without him, but what we have gained from his legendary leadership is priceless."

Flinchbaugh had been an advisor to secretaries of Agriculture and leaders on the House and Senate Agriculture Committees. He had worked on farmer bills going back to 1968 and had served at Kansas State University since 1971 where he had taught agricultural policy to approximately 4,100 students over that time.

"I want to offer my sincerest condolences to the family of Dr. Barry Flinchbaugh. He was known far and wide as an esteemed economist and a remarkable Kansan," Kansas Lt. Gov. Lynn Rogers stated on Twitter.

"Very saddened to hear of the passing of friend and colleague Barry Flinchbaugh," wrote University of Nebraska Chancellor Ronnie Green on Twitter. "Ag has lost one of the greats in the ag economics & policy world. Master educator, thinker & advisor to Secretaries of Ag, Trade Ambassadors, & Presidents. Never could get him to wear red, though!"

The U.S. Department of Labor will change the way it calculates wages for H-2A guest workers, which USDA stated would "stabilize farm labor costs and reform the H-2A wage rate."

As agriculture has become more reliant on H-2A guest workers in recent years, farmers who rely on H-2A have increasingly complained about the volatility of wages set year to year by the Department of Labor under the Adverse Effect Wage Rate (AEWR) for H-2A workers.

Under the plan proposed by the Department of Labor, the AEWR will keep 2020 rates for the next two years. The new rule, which will soon be published in the Federal Register, was praised by USDA Agriculture Secretary Sonny Perdue and the American Farm Bureau Federation.

Through August, farmers had brought in 224,290 H-2A workers on guest visas. The main states for H-2A workers are Florida, Washington State, Georgia, California and North Carolina. The number of H-2A workers coming into the U.S. slowed this year because of COVID-19, but the number of guest workers continues to grow.

The Department of Labor rule also tied directly into a USDA announcement Sept. 30 that it was suspending data collection and release of its Farm Labor Survey. That decision has now been blocked by the U.S. District Court for Eastern California. Farm labor groups argue that ending the survey could lead to the AEWR reverting back to state or federal minimum wage levels.

Without the Farm Labor Survey, DOL stated it would rely on statewide its Occupational Employment Statistics survey to average hourly wages for occupations other than field and livestock workers, and would use that data to set the AEWR.

For jobs such as supervisors, DOL will use its Occupational Employment Statistics survey to set wages. Another major focus of the rule is determining specific occupations, such as agricultural construction workers, for instance. A worker who does several different jobs on a farm is expected to be paid the highest applicable wage under those circumstances.

Perdue noted in a statement the new DOL rule would lower wage costs for farmers.

“This rule shows once again President Trump's commitment to America's farmers by delivering lower costs when they need it the most,” Perdue stated. “Over the past several years farm wages have increased at a higher pace than other industries, which is why this DOL rule could not come at a better time. This is an example of good government that will ensure greater stability for farmers and help them make long-term business decisions rather than facing uncertainty year after year."

Zippy Duvall, president of the American Farm Bureau Federation, stated farmers are committed to paying a fair wage, but the current system sets unpredictable wages that make it hard for farmers to be competitive.

"While this decision does not solve all of the wage issues, it is a step in the right direction," Duvall stated. "We look forward to continuing our work on meaningful agricultural labor reform through the regulatory or legislative processes.” 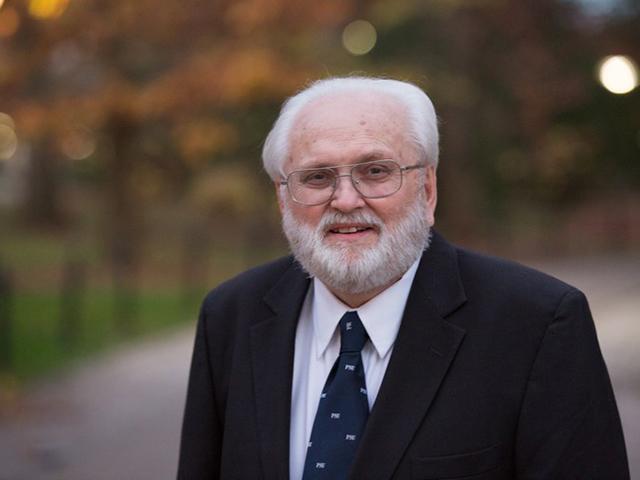