Farmers, senators and farm broadcasters in states affected by disasters in 2019 can't seem to get answers from USDA about the status of disaster payments under the WHIP-Plus program.

Sen. Jon Tester, D-Mont., last week fired off a letter to FSA Administrator Richard Fordyce asking why Montana farmers are still waiting for payments under the disaster program dubbed the Wildfire and Hurricane Indemnity Program Plus. Tester noted producers have been waiting nearly a year after Congress expanded WHIP-Plus to pay farmers for quality losses, drought losses and flood losses.

Tester stated in his letter he had lobbied USDA in much of 2019 to expand its disaster-aid authority to cover losses in eastern Montana for 2019, when farmers faced extreme moisture problems during both planting season and harvest. After getting denied by USDA, Tester had language inserted in an appropriations bill to expand WHIP-Plus, and provided an extra $1.5 billion in funds.

"That's why it is absolutely unacceptable that nearly a year after securing this fix, I am hearing from Montana farmers that they are still waiting for payments," Tester wrote.

That added was added to the appropriations bill last December, and it applied to disasters several states.

Tester had some questions for USDA on how much of that additional $1.5 billion had been distributed to farmers for 2019 disasters? How much had gone to Montana farmers? What hurdles are delaying WHIP-Plus payments for 2019? What's the latest date that Montana farmers should expect payments under the WHIP-Plus program for 2019?

In late August-early September, DTN also had asked USDA's press staff about the status of WHIP-Plus after multiple farmers complained they had applied under the program months ago, but had not received any payment. USDA at the time offered an obligatory statement, "Farm Service Agency continues to work through WHIP-Plus applications and is working hard to streamline and simplify the processing of those applications. We encourage any producer waiting on their application to reach out to their local county office for information on its status."

Some reporters have been more dogged on the situation. The Red River farm Network in North Dakota reported September 14 that farmers are still waiting for all or part of their payments in Minnesota and North Dakota. Farmer had applied as far back as February or March, received the first half of their payment, but never heard about the second half. Local FSA staff had told them the Coronavirus Food Assistance Program (CFAP) had taken precedence and WHIP-Plus aid had been moved to the backburner.

Red River Farm Network talked to Secretary of Agriculture Sonny Perdue on September 18 about the issues as well. Perdue said there were problems making determinations on how to pay for quality losses. He also pointed to the workload facing local offices from both CFAP, WHIP-Plus, and the normal farm-bill programs. Perdue also indicated there are paperwork problems with applications that do not get fixed.

"Many times when we do the research on that we find there may be missing information that may occur," Perdue told RRFN's Carah Hart.

Sen. John Hoeven, R-N.D., another champion for the WHIP-Plus program in the Senate, had a "roundtable" with FSA Administrator Fordyce last week as well. Fordyce indicated that USDA was close to solving the problems on the quality losses and would be sending out payments. Hoeven had suggested WHIP-Plus had been moved around from a backburner to a side burner as questions about WHIP-Plus continue. 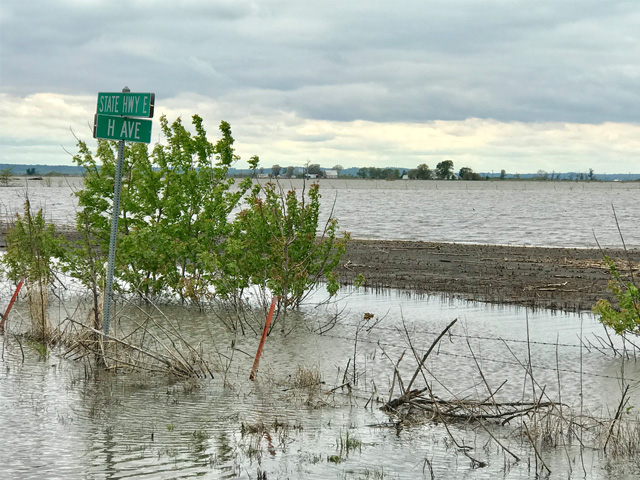