A year after President Donald Trump visited an ethanol plant in Council Bluffs, Iowa, the industry is now appealing to him directly to deal with the Environmental Protection Agency’s implementation of the Renewable Fuel Standard, industry leaders said in a telephone news conference today and in a letter to the president published as a full page in the Council Bluffs Daily Nonpareil.

In the past industry groups have directed their ire at EPA, but on the call today Renewable Fuels Association President and CEO Geoff Cooper said EPA “is still the agency that is charged with managing the RFS,” but "ultimately the buck stops in the Oval Office. We are now appealing directly to the president to intervene here.”

Cooper said that Scott Pruitt, the first EPA administrator under Trump, “derailed things,” but Andrew Wheeler, his successor, “has not put it back on the tracks.”

In the letter, Cooper wrote, “Even after a federal court overturned some refinery waivers in January, your EPA continues to receive dozens of exemption requests from oil companies. EPA is now even considering giving retroactive waivers for years that pre-date your administration. This needs to stop. It is hurting farmers, costing consumers, and derailing progress on energy and environmental security.”

“The economic pain in farm country caused by these refinery waivers was compounded this spring -- first by the Saudi-Russia oil price war, and then by the COVID-19 pandemic. As a result of this ‘perfect tsunami,’ half of the ethanol industry was recently shut down, leading to layoffs across rural America. The ethanol industry and farmers are hurting like never before.

“Mr. President, we need your help. We ask that you stand up for the Renewable Fuel Standard. Please direct your EPA to abide by the January court ruling and end the abuse of the refinery waiver loophole.”

Mike Jerke, the CEO of Southwest Iowa Renewable Energy, whose plant Trump visited, wrote in the Des Moines Register, “If the past year taught us anything, it is that our industry and workers will always go above and beyond to serve our customers and our community in ways previously unimagined. Whether this can ultimately make up for some of the bad decisions being made in Washington remains to be seen.”

During the news conference, Kevin Ross, an Iowa farmer who is president of the Renewable Fuels Association, noted that he had thanked Trump for allowing the sale of E15 fuel year round, but warned him about the small refinery waivers.

In response to a question from The Hagstrom Report today, Jerke said it is too early to tell how the situation affects Trump’s fortunes but said that while “expressions of support are important, my owners and investors are looking for followup.”

Cooper, Jerke and Ross said they had not yet had direct contact with the campaign of former Vice President Joe Biden, the presumed Democratic nominee for president, but they will be in touch with that campaign and others running for election in November.

Cooper said that the RFS has long had bipartisan support, and the ethanol leaders noted that Sen. Joni Ernst, R-Iowa, who is also up for re-election, has been a strong and reliable advocate for the industry.

The industry leaders said that, as gasoline consumption has picked up in recent weeks, there has been some increase in ethanol demand but that 40 plants are idle and others are operating at reduced levels. 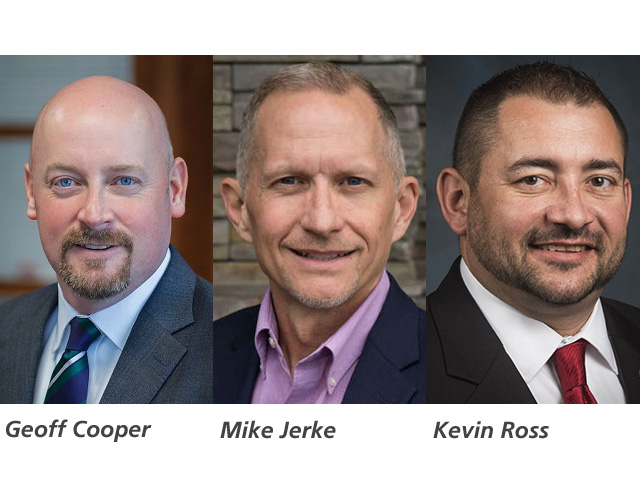