The U.S. National Oceanic and Atmospheric Administration (NOAA) will release its initial official forecast for the 2020 Atlantic hurricane season Thursday, May 21, at 10 a.m. CDT. Speakers will address the anticipated activity for the 2020 hurricane season and provide information on how to be prepared for the season, which officially extends from June 1-Nov. 30. Presenters will be: Neil Jacobs, acting NOAA administrator; Gerry Bell, lead hurricane season forecaster with NOAA's Climate Prediction Center; and Carlos Castillo, FEMA Acting Deputy Administrator for Resilience.

Hurricane season projections and outlooks always garner close attention. General societal impact claims the front burner of concern; however, agriculture has an important place at the table as well. And, it doesn't matter how busy or quiet the total season is; a single storm can be devastating.

Here's why: The cool-water trend in the Pacific Ocean equatorial region leads to the atmosphere in the eastern Pacific Ocean featuring dominant high pressure. That high pressure, in turn, tends to suppress the formation of any subtropical west-to-east jet stream flow out of the eastern Pacific Ocean in the vicinity of the southern U.S. and Mexico. That "quieter" atmosphere means that tropical weather systems which spin up in the Atlantic Ocean and the Gulf of Mexico have a non-threatening environment to grow and intensify.

Weather forecast agencies internationally are in broad agreement that the equatorial Pacific Ocean will indeed trend cooler. The threshold for La Nina is a sustained surface temperature that is one-half degree Celsius below normal. That level is expected to be hit in the late-August time frame. The pace of that evolution looms as a key detail in the influence on the Atlantic and Gulf tropical season. Analysis of the Pacific temperatures to several thousand feet below the surface shows a large pool of cooler water forming at subsurface levels. If the cooling intensifies, it raises the potential for La Nina thresholds being met earlier in the season, more in the mid- to late-summer time period. Indeed, some model iterations do show that cooling taking place faster during the summer and the equator region temperatures reaching the La Nina threshold in late July-early August rather than late August-early September. That is an important four-week difference and will be a closely tracked detail both in the announcement from NOAA along with updates during the season. 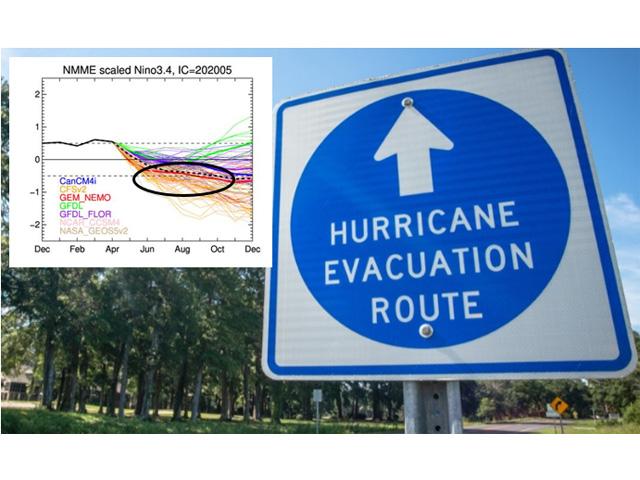 Bryce Anderson
5/16/2020 | 6:24 AM CDT
This pattern would be favorable for northern crops with seasonal temperatures and normal to above normal precipitation.
Morris Drummond
5/14/2020 | 3:46 PM CDT
How will this affect crops as the season goes on, particularly the north