Right now, though, just a small number of state-inspected meatpacking plants are set up to sell meat or poultry products across state lines. Only six states have gotten approval from USDA since 2011 to make that happen.

According to the National Association of State Directors of Agriculture (NASDA), there are roughly 1,900 meat plants in the country across 27 states that run under state oversight instead of federal inspection by USDA's Food Safety and Inspection Service (FSIS). These state programs work in coordination with FSIS, but for the vast majority of state packing plants, they are restricted to intrastate sales, meaning they can only sell or ship within their own state borders.

There is somewhat of a double standard here because foreign packing plants operating under "equivalent" inspections to USDA are allowed to send meat and poultry products anywhere in the U.S.

Congress in the 2008 farm bill changed the meat-inspection and poultry-inspection laws to create a Cooperative Interstate Shipment program at FSIS. Products under the program are allowed to carry the federal inspection mark. According to the FSIS website, just a handful of states -- Indiana, Maine, Missouri, North Dakota, Ohio and Wisconsin -- have worked with USDA gotten approval for CIS agreements that allow state-inspected meat and poultry processors to sell their products across state lines. Right now there are fewer than 70 plants nationally that are enrolled in the CIS and allowed to sell across state lines. Ohio and Wisconsin are the dominate states with abattoirs enrolled in the program. https://www.fsis.usda.gov/…

It also takes some time for a state to become approved by USDA. Iowa Agriculture Secretary Mike Naig and his department issued a news release last June that Iowa was diving in and had applied for a CIS agreement with USDA. A spokesperson for the Iowa Department of Agriculture stated Iowa officials are drafting a letter to the FSIS administrator requesting an expedited review "in light of the current plant shutdowns, which are placing heavy demand on local processing services."

Other state and federal officials are now increasingly asking USDA for more latitude with state-inspected meat. Last week, Wisconsin Ag Secretary Randy Romanski wrote a regional FSIS director last week asking to allow some waivers of restrictions on state-inspected meat products to allow them to be sold across state lines.

South Dakota's congressional delegation wrote Ag Secretary Sonny Perdue on Monday essentially asking much the same thing as Wisconsin. The South Dakota lawmakers stated USDA should use its authority under President Trump's executive order to "consider allowing state-inspected meat and poultry products to be donated or sold across state lines during this crisis."

In the House, Reps. Chellie Pingree, D-Maine, and Thomas Massie, R-Ky., have repeatedly introduced what they call the Processing Revival and Intrastate Meat Exemption (PRIME) Act, which they claim would make it easier for small farmers and ranchers to sell custom-slaughtered meat within a state -- intrastate -- directly to consumers, restaurants, grocery stores, etc. The bill would expand current exemptions on custom slaughter to forego state and federal meat inspection. 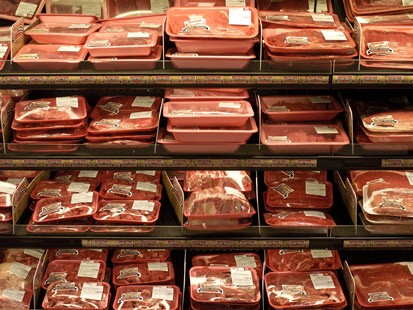